What Are Tamperproof Security Fasteners?

Many industries face security concerns due to the threats of lost items or equipment, theft and vandalism. A significant number of these security issues are due to companies using fasteners that can be easily loosened and removed. To solve these problems, many organizations turn to tamperproof security fasteners to secure their property, equipment, devices and structures. 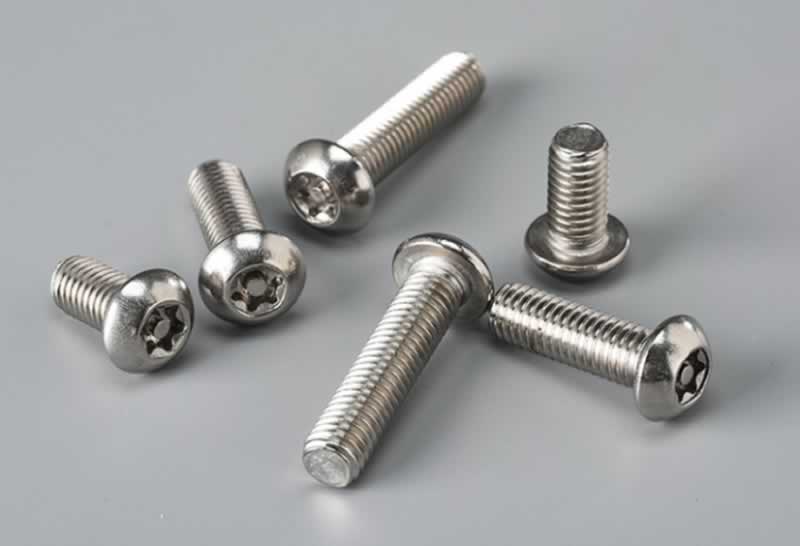 Standard fasteners can be tightened or loosened with commonly available tools such as screwdrivers and nut drivers. What distinguishes tamper proof fasteners from ordinary fasteners are their atypical drives. Tampering with security fasteners such as these can be significantly more difficult than with traditional fasteners, if not impossible. These tamperproof security screws, nuts and bolts can be used to secure items, equipment and important parts of building structures. There are many different styles of tamperproof security fasteners, but they all have something in common: removing them without the matching bit or driver is incredibly challenging, if not impossible.

Industries that Use Tamperproof Security Fasteners

A wide variety of industries take advantage of the tamper-resistant features of security fasteners, including:

Here is a sample of the uses for tamperproof security fasteners:

Tamperproof security screws have a wide range of applications and uses.

Among the fastening systems with the highest levels of efficiency are Security Torx screws. These security screws are different from ordinary screws and even from typical Torx screws. Also known as pin-in Torx or Tamper-Resistant Torx (Torx TR), Security Torx screws have posts in their centers that are crafted in the heading process. These posts prevent regular screwdrivers or even standard Torx screws from being used to loosen Security Torx screws. These tamper-resistant screws reduce end load, practically do away with tool slippage risk and transfer greater amounts of torque. Customized Torx Drive tools with tamper-resistance are necessary to remove these Torx security screws from areas such as universities, retail locations, schools, hospitals and correctional facilities.

Trident fasteners have very atypical head designs; having the incorrect security socket and tool will make insertion next to impossible. The heads of Trident security screws have conical shapes and perimeters with three notches. Trident security screws are used in many of the same facilities as Security Torx screws. These screws are inserted into products such as electrical equipment, computers, outdoor equipment, furniture and scaffolding.

Pin-In-Hex Socket Screws have metal posts in the center of the screw heads, preventing the insertion of typical hex drivers. These specialized hex head screws can come in sheet metal and machine screw styles, and are practically impossible to remove or install without the right security key or bit.

Spanner Screws are also known as “snake eye” screws, and they have screw heads with two holes drilled into their tops. They are stainless steel screws, available in Flat, Oval head, Flat undercut and Pan styles. Like other security screws, Spanner screws cannot be adjusted with the corresponding driver bit.

Security bolts are fasteners with industrial levels of strength and durability. Pre-Cast inserts and Break-Away Bolts (Shear Bolts) are perfect security options for when removal of the fastener is not a necessity. Penta bolts have 5-sided shaped heads, requiring special sockets to properly remove or install them.

Security nuts come in Trident and Break-Away forms. They are used to secure products in many industrial, electronic, municipal, and construction applications.