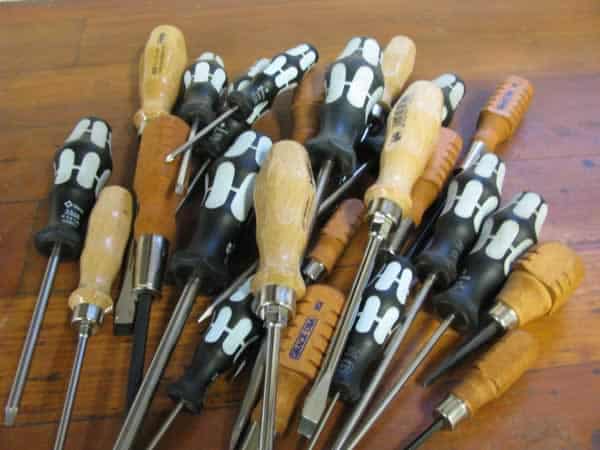 In this article we will cover the most common screwdriver types that are essential in every DIY homeowner toolbox.

The slotted screwdriver was one of the very first screw heads and it still continues to enjoy some popularity. A simple diagonal slot on the screw head holds the tool blade which is inserted into the slot. Disadvantage is that the bit tends to slip out of the screw and it has sharp edges, making it unsuitable for mechanical applications. With this screwdriver type the force is applied to the diagonally opposite outer edges of the slot. In the last 10-15 years, the slotted screwdriver is losing its popularity among screwdriver types and it’s rarely used anymore.

When you look the Phillips screwdriver from the front, the tip of the screwdriver looks like a cross. If you are buying high quality screwdrivers, then the actual tip of the tool will not sharp but rounded. If you want to use screwdrivers with sharp, almost needle-like tips, they will not fit screws made in the US. Our advice is that you don’t buy them unless you are working with screws that match their narrower profile. You will recognize high quality Phillips screws because they’re marked with a number engraved on the head which denotes the size of the drive required. If you want a screwdriver for general DIY purposes, then the #2 Phillips drive is the most commonly used. Phillips screwdriver is available in sizes ranging from 1 to 4 for general purposes and larger sizes are available for industrial applications. 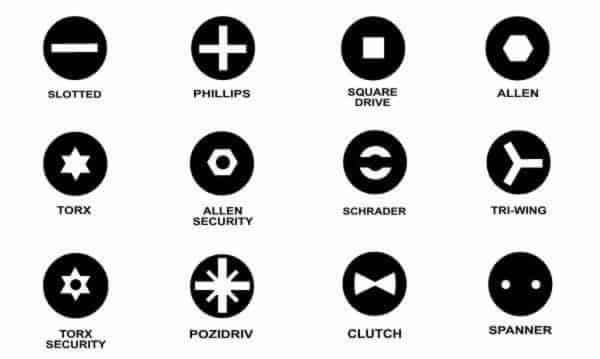 Square recess screwdriver is also called the Robertson screwdriver, after its Canadian inventor. The name itself explains that the drive in these screws is a recessed square. Because there are no angles involved, it’s almost impossible for a driver to slip out of the recess. In that way very high torque values can be applied. It’s even more likely that the screw will snap off before the square-shaped driver will slip out of the drive. The most common sizes of Robertson screwdrivers are #2, and #3 drives. Select the size of the drive carefully and don’t use the #2 drive in a #3 screw, since this will damage the both the screw and the driver. Among screwdriver types, the Robertson screwdriver is very popular in the US but not so common in Europe. 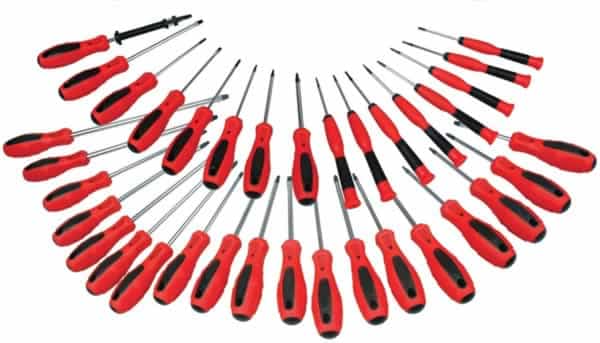 Hex screwdriver has six even straight sides and that is where it’s name comes from, the hexagon screwdriver. However, most hex drive fasteners are bolts, rather than screws, but there are nevertheless  screwdrivers available to drive them. The most common use for hex screwdrivers is in the assembly of furniture, but using a T-handled Allen wrench is often the better choice when working with these screws because it provides for the application of higher torque values than is possible with a narrow-handled screwdriver. 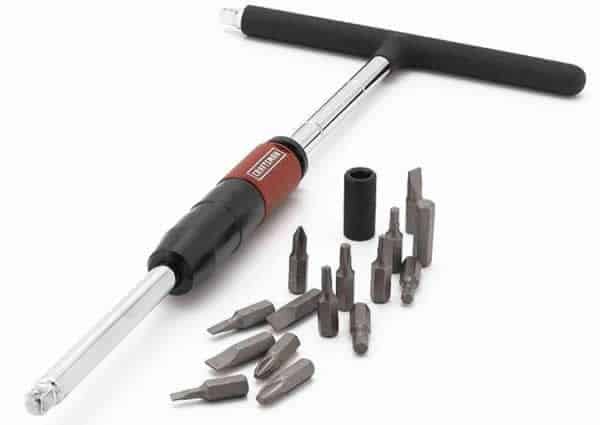 There are many more screwdriver types that aren’t mentioned above but those are highly specialized tools which are used in specific industries. As far as DIY homeowner toolbox is concerned you’ll need only six types explained above. There are still people who prefer classic screwdrivers but the most efficient option is to get yourself a T-handle with bit set which usually covers all screwdriver types explained above. Today those sets aren’t expensive and every homeowner should have one in his toolbox!