Just like any other electoral systems, you home air conditioner needs some care and attention once a year or so to keep it running smoothly. Generally this involves a good cleaning, along with, perhaps, a service by an engineer if it is an older model. Making this commitment goes a long way towards avoiding breakdowns that are at best inconvenient, and at worst, a real nuisance, and either way there’s a repair bill to deal with too. 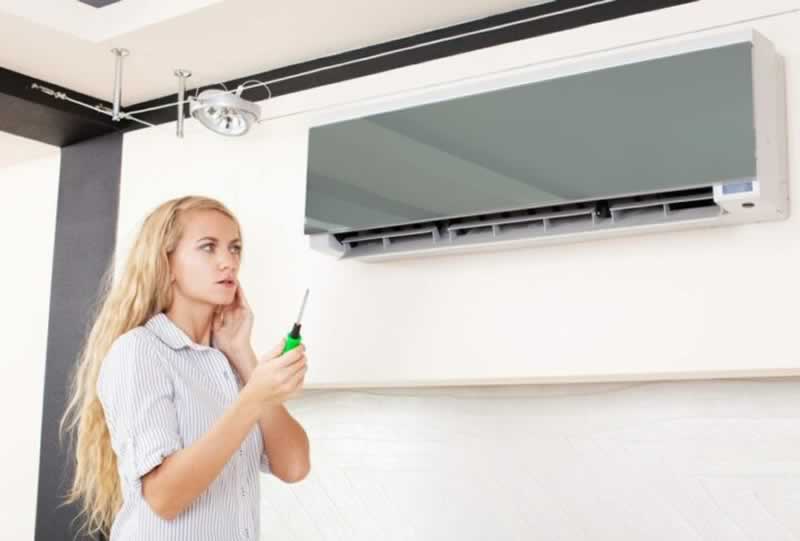 Of course, home air conditioning unit can need repairing at any time through the year if something happens to go wrong, and spotting the signs of a problem early may help avoid a complete breakdown, or catch the issue before it deteriorates and increases the final cost of the repair.

Here we have put together a guide to the signs and symptoms which could alert you to a problem that means an air conditioning repair could well be needed.

Typically this happens when either the compressor is broken, something is (partly) blocking the airflow or there is a leak in the coolant fluid system; this isn’t usually a difficult fix if caught early.

[It could also be that the thermostat settings have been changed by accident, so check that it is set to cooling and is low enough to blow cold air in the climate you are in.]

Some level of condensation is natural but this shouldn’t be visible or leaking from the unit. If you spot any kind of leak or water anywhere outside the system it needs serious attention. Not only does it mean the air conditioner needs some attention, but leaks can also damage things inside your home, and if ignored even threaten the structure of it. It could be caused by a blocked drain tube, which is a fairly minor problem, or be a clue that the cooling liquid is leaking – an altogether more serious concern.

There’s no need to be concerned about the usual brief amount of noise an air conditioning unit makes when it first starts up or is just shutting down, but as they are familiar it should be easy to identify, and act on, anything unusual. This may be a bang, a knocking, a rattling, buzzing, grinding, grating, or whistling sound; and it could be there constantly or come and go. It may be a simple fix, say the belt inside has slipped, but it needs a check over from a reliable, well-respected company like relianceairservices.com

Our noses are used to the typical smells around the home, so your brain is quick to alert you when something new is picked up. Don’t ignore it as it could be a sign that the internal wires have been burned out. In some cases unpleasant smells are a result of bacteria building up inside the unit. These are both easily fixed but do require immediate attention.

Sign 5 – Air flow is poor or not cold enough

Cool, but not cool enough air from your air conditioning unit could be a simple fix, something like it not having enough coolant fluid. A quick top up and all could be good. On the other hand it could also mean the compressor is failing, the fan has got blocked, or the vents are dirty. If ignored these could cause health issues to people in the household, so get it checked out as a priority. 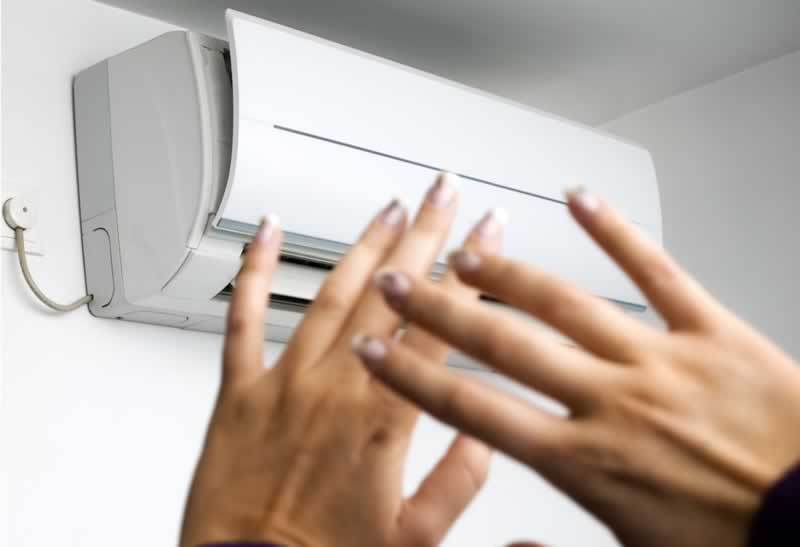 Weak airflow from your AC unit tends to mean there’s a problem with the fan belt, evaporator coil, air duct or blower. It’s worth checking the air filter before seeking professional help, (if you know how), and change it if it’s dirty. That may fix the problem. You could also make sure the air duct hasn’t got bent.

This is like the brain of the air conditioning unit, and it’s not unusual for it to show clear signs of trouble before it breaks down completely. One of the most common is for the reading to be wrong by several degrees, and another is for the unit to become difficult t turn on or off.

Utility costs do rise, of course, but when your charges shoot up suddenly for no reason at all it’s a serious indicator of a problem with the AC unit. In some cases it’s caused by a compressor which is working too hard (as a result of a dirty coil or a wrongly sized coil being used for that particular model).

You may notice this problem because some areas of your home are not as cool as others, or that the entire system is producing a weaker airflow than it should. This may be caused by some kind of blockage, an air filter that is really dirty, or even a broken motor.

It’s perfectly normal for your AC unit to go through regular cooling cycles, regardless of the weather or temperature, and these will usually be more frequent when it’s very hot, but it should never be turning itself on an off pretty much constantly.

Sign 10 – Humidity levels in your home are too high

Part of your AC unit’s job is to keep the level of humidity inside down, so if this isn’t happening then it’s a good sign your unit needs repairing. It could just need to be recalibrated, which is a straightforward job.

It’s never worth ignoring problems with your air conditioner, even if it seems pretty minor. There’s plenty of scientific evidence that units which don’t work properly can cause serious health issues, so why risk it? Even if there’s no health risk, dealing with air conditioner problems early can save you cash in the long run as it’s more likely the unit can be repaired rather than replaced.