Lithium-ion batteries have been widely used in portable electronics, electric vehicles, and grid storage due to their energy consumption and throughput. Lithium batteries are low cost, have a high energy density, and maintain long cycle life; it is widely used in innovative DIY projects by utilizing 12V 100Ah batteries, creating a portable power system. 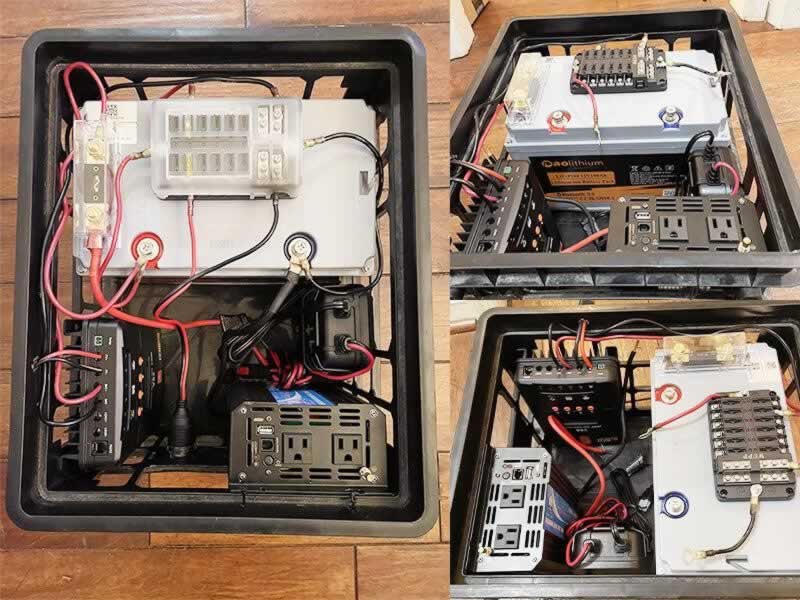 Michael is a travel enthusiast and likes to drive around tourist points by himself. Since he travels alone and for a living, his electrical needs are minimal and relatively simple, mainly to ensure that his cell phone, laptop, electric kettle, small rice cooker, lighting, and other appliance require power. According to his need, a portable power supply of 12V 100Ah battery system can fully satisfy his appetite. So he planned to buy a portable power supply from the market but later found it expensive after comparing portable power supplies. He discovered that the cost of purchasing a power supply is high compared to buying them separately in parts of a portable power supply. So he decided to DIY a power system with a milk crate. 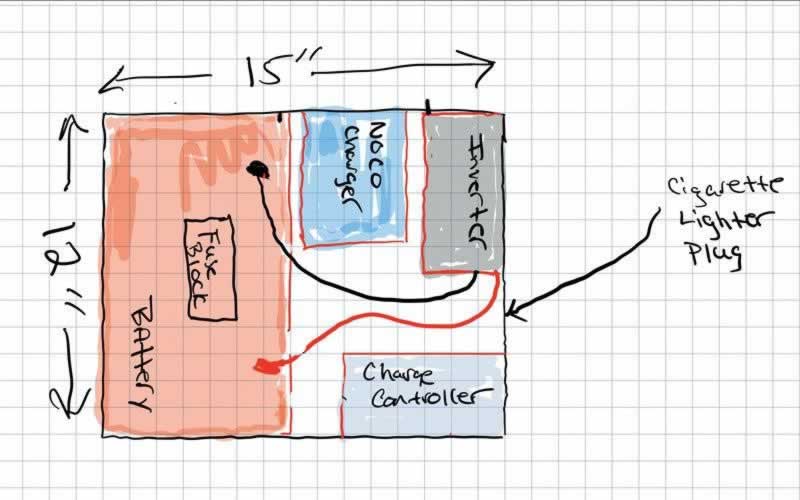 After comparing several battery brands, Michael decided to buy the AoLithium 12V 100Ah battery because of three most essential features.

First, it has the built-in feature of Bluetooth, which facilitates real-time monitoring with the smartphone app. Laboriously wired battery monitors are no longer needed.

Second, it has cold weather charge protection, which automatically cuts off charging when the temperature is below 0℃. But other lithium batteries without low temperature protection function will not stop charging at 0℃ and cause damage to the battery.

Third, The size of Aolithium 12V100Ah battery is smaller than any other battery of the same Model, only 12.00×6.85×7.40 in, can perfectly match his milk crate, if the size is a little larger will not fit. 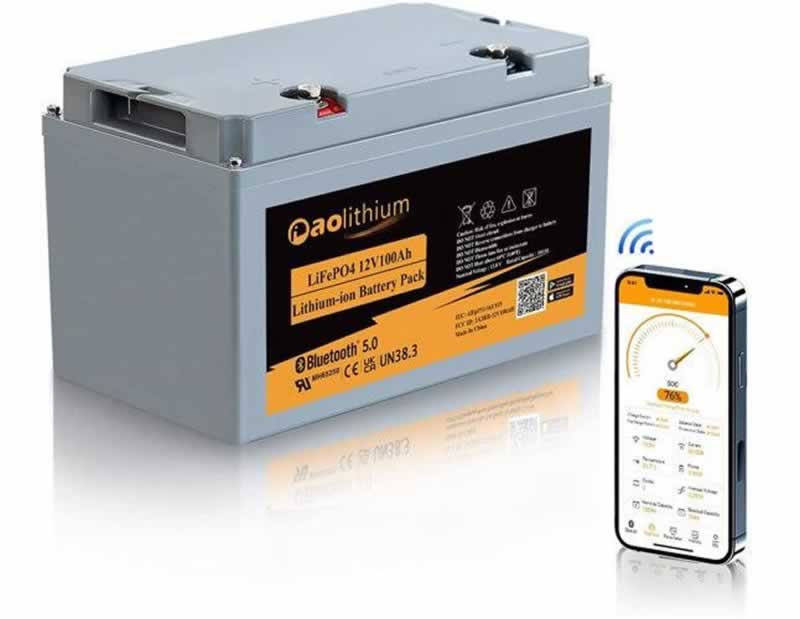 Although this cost him a little bit expensive as compared to the other 12V 100Ah battery, with those extra features, he found it worthwhile as he doesn’t need to buy any additional monitoring tool. He orders online a 12″ 100Ah lithium battery from AOLithium as it will easily fit in his crate from staples that measure 12 “x 15” (internal dimensions). In order to charge his battery, he purchased other recommended parts like AC/DC charger and USB charger Adapter, which are readily available at any electric store. Michael also comment that, if it is not available, you may mount a battery charger (NOCO Genius 10) and add a female cigarette lighter plug to the terminal for efficient performance. I hope it all goes together accurately. 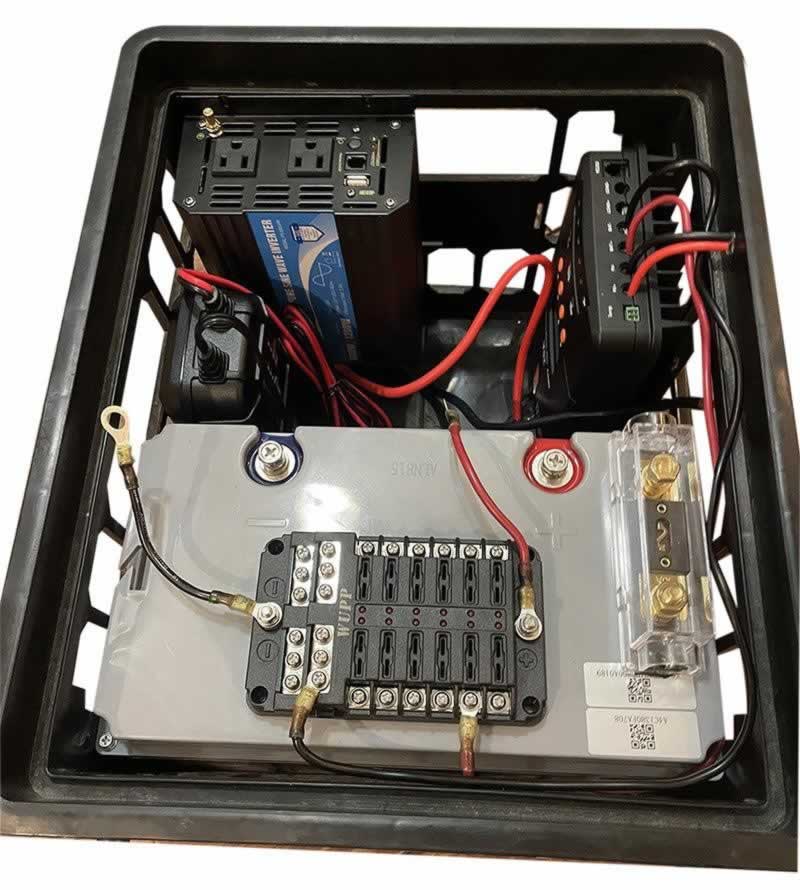 He compiled and connected the battery terminals with the design plan to put the 12″ battery in line with the 12″ crate. Later it was difficult for him to put a battery in exactly a 12″ crate, so he redesigned everything and got a bigger crate, and everything fits in the crate nicely. He connected the terminals using wire and mount connectors with a 25Amp fuse for inserting plugs. Now he is all set up to use this portable power supply in his daily routines when he travels, it is easy to carry and essential for any power backup.