Generators take many different fuels these days you don’t have to stick to just diesel or petrol. But one of the least known about fuel types is propane. Which is a shame because propane generators actually offer quite a lot of benefits many of which most people don’t know about. 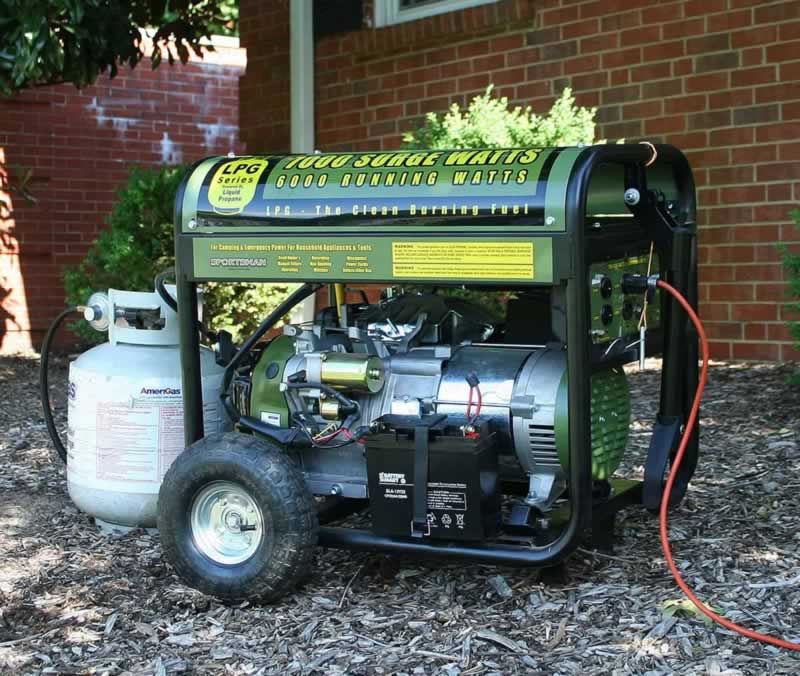 They might be a little harder to find when compared to petrol generators but the extra searching could well be worth it. Below, I’ve outlined some of the benefits of propane generators so read-on if you are intrigued.

Propane generators offer some great benefits with the most notable being that it is actually a cleaner energy source. Propane is a gas yes but it actually burns clean meaning it produces very low levels of carbon monoxide. So, it is better for both people and the environment in general. Propane availability won’t be affected by fuel shortages either and because it comes it larger cylinder tanks it is easier to store as well. Propane will last longer in storage as well and won’t deteriorate over time like petrol would.


Propane is also a more efficient type of fuel and will last longer than petrol while providing the same levels of power. Propane generators aren’t as expensive as you might think either they are often a similar price to similarly sized gas/ petrol generators.

There are some undeniably great benefits to buying a propane generator but what about the downsides? Nothing is perfect after all so let’s look at what disadvantages you need to consider. The main issue with propane generators is that the fuel cylinders you will need aren’t as easy to buy as petrol or diesel.

Propane just isn’t as readily available as it isn’t as common a fuel source. However, that being said you still will likely be able to find it relatively close by with a little research. The other main drawback to consider is that propane generators won’t often be as long-lasting as petrol/diesel generator.


That isn’t to say they aren’t reliable machines they certainly are still very effective appliance but in general, a petrol or diesel generator will be more long-lasting. However, there is a lot of exaggeration online about their reliability. This has led many people to believe propane generators aren’t worth considering when they actually offer some amazing benefits.

So, that is the lowdown on propane generators they might not be the most well-known type of generator but they definitely have their uses. If you want to find out more about propane generators or generators, in general, follow this link https://www.bestgenerators.org/propane-generator

Best Generators.org is a dedicated generator website that covers everything you could need to know. You’ll find blogs, guides, reviews and much more all readily available so if you want to discover more about generators they are the site to go to.