Woodworking axes are among the most essential tools for every woodworker. Technology is moving forward, CNC routers and 3D printers can make almost everything that we wish for, but we are glad that, despite of that, hand crafted wood pieces are becoming more and more popular nowadays. Woodworking axes are essential in process of making every hand crafted piece of furniture and they have been unfairly neglected on our site. 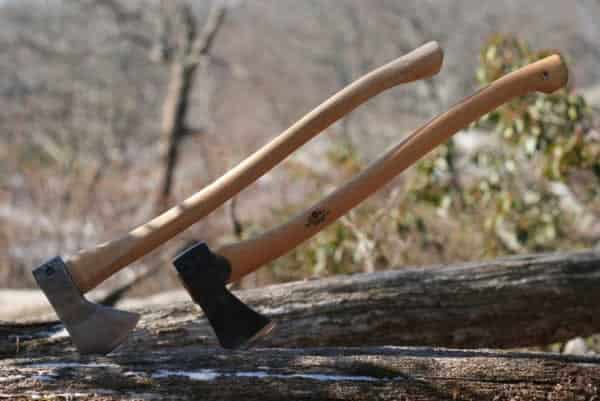 Parts of an ax

Before we start to cover different types of woodworking axes we must learn the basic parts of every ax. Every ax has two primary components: the head and the handle. The head of an ax is most commonly bounded by the bit/blade and the poll/butt on the other end. Some types of axes have blades on both sides without the butt. The top corner of the bit is called the toe, and the bottom corner is known as the heel. Both sides of the head are called the cheek and the hole where the haft is mounted is called the eye. The part of the bit below the rest of the ax-head is called the beard. 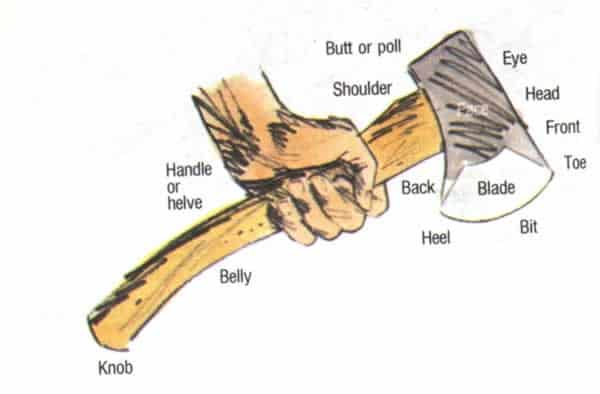 The name itself suggests that this type of ax is used for felling trees. Felling axes always have large, heavier, around 3.3 lb, heads, longer handles, and they’re are designed for removing large chunks of wood in order to fell or take down trees.

Felling axes employ a tremendously sharp, thin blade and tapered head to be able to cut across the wood grain as deep as possible. The handle of the felling ax is quite long, around 28 to 36 inches. Felling axes can have two bits but that version is thing of the past and today the most common one is one bit felling ax.

Splitting axes vary in sizes of the handle and head depending of the size of wood you need to split. Although most people still use splitting axes, you can find more and more log splitters nowadays. Small electric log splitters are very affordable and many people use them to split firewood instead of splitting it with a splitting ax.

The broad ax, also known as the hewing ax, is designed for hewing logs into square lumber.  There are two types of cutting edge on broad axes.  On one type, one side is flat and the other side beveled and on the other type, both sides are beveled. This other type is sometimes called a double bevel ax, which produces a scalloped cut. Double bevel broad axes are used for rough hewing and single bevel broad axes are used for flattening the surfaces.

On single bevel broad axes you can have left or right side beveled depending on your hand preference. For example, if you have the left side beveled then the right side is flat and leaves a flat surface on the wood. 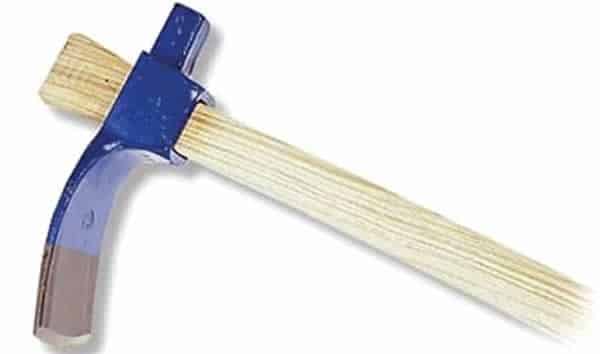 Larger one-handed adzes can be referred to as elbow adzes. Also, there is a type of adzes that is very popular among wood carvers and wood turners and that is a hollowing adze. It’s a hand adze with lipped blades that is used to hollow out bowls or for precision carving.

Hatchet is a small one handed ax used for chopping. Hatchets are ideal for splitting small pieces of firewood and chopping small branches from trees. Their small size allows you to squeeze into tighter spaces and requires less swings as compared to a two-handed ax.

Hatchets typically have a hammer head on the opposite side of the bit for striking purposes.

Carpenters ax or sometimes called carpenters hatchet is a small ax that is usually slightly larger than a hatchet. Carpenters ax is used in traditional woodworking, joinery and log-building.

It has a pronounced beard and finger notch to allow a choked grip for precise control. The poll is designed for use as a hammer and sometimes they have a hole in the head for pulling nails. It is probably the most common ax among woodworking axes.

In this article we covered all the main types of woodworking axes. Normally every type have many different versions which depends of the specific usage of the ax. Although there are many machines that try to replace woodworking axes, we hope that the ax will stay an essential woodworking tool.