Tennis is a popular worldwide sport that people gather to watch annually. As a racket sport, crowds gather to witness two players wallop a ball at each other and is considered a great entertainment sport.  From the US Open to Wimbledon, it is always a wildly anticipated event for any tennis fanatic. Amazingly, one of the determining factors of how well tennis players play can be due to the surface of the tennis court. 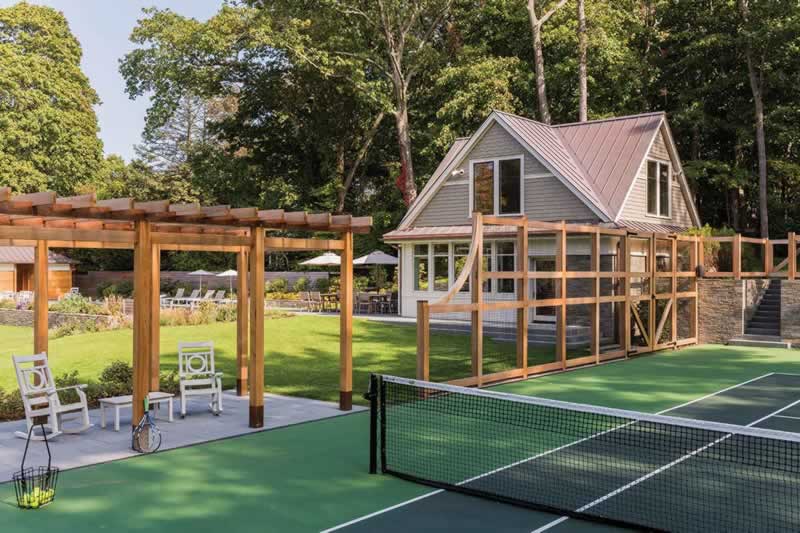 An interesting fun fact in tennis was the big shift in color of the court from green to blue in 2005. Organizers primarily thought they would attract more money that way and besides, they also wanted a contrast of the ball and the ground for easy visuals for the players. Furthermore, most tennis courts were shifting from grass courts to artificial grass courts, which are mainly made of asphalt and concrete.

When analyzing the court surfaces that tennis players play their matches, there are four acknowledged ones mainly; the clay courts, grass courts, Artificial grass courts, and the hard courts. Each court is unique in the sense that it primarily determines how the ball bounces on the ground.

This kind of court is known for its soft makeup and is considered to be the best while playing tennis on it. Fewer injuries occur to players while playing on this court because of its smooth texture. It’s easy to slide and regain composure while in flight. Furthermore, the surface is praised for being accommodating to any player’s range of motion. On the other hand, due to its delicate composition, it requires a lot of maintenance. The surface has to be regularly examined so that cracks don’t start forming. Clay courts are commonly found in South America and parts of Europe.

Termed as the original court for tennis when it first started, the grass-court is now close to being obsolete due to its high costs in constructing and maintaining it. You can find this kind of court in the distinguished Wimbledon. It is now rare to come across a grass court, but they still exist.

This court gives the illusion and appearance of grass, while in fact, it’s just synthetic. It is noted to be great for all standard tennis players due to its construction makeup of carpet, asphalt, and the concrete underlying surface. Artificial courts are also used for warm-up games. They are relatively easy to maintain and great for all kinds of weather conditions. Construction costs are affordable, especially when you have a fixed budget.

Made with a concrete base and asphalt consisting of various materials, hard courts are the ones that are sought after the most, since they are hard (as the name suggests) and make a great surface for all tennis players. They have a fast bounce rate, although variation is dependent on what kind of hard court it is. 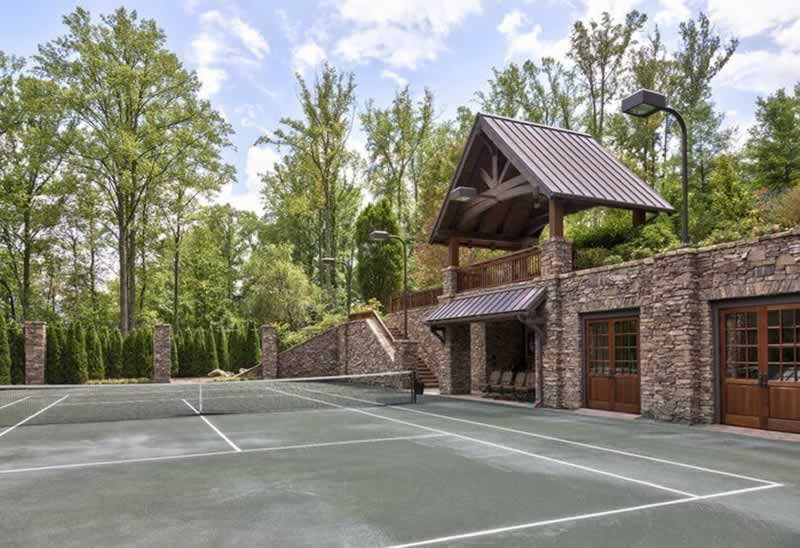 Factors to consider when constructing a tennis court

There are many factors to consider when you want to build a present-day tennis court. You have to put into consideration how much money you will use, and whether or not the space that you have is conducive enough for constructing a tennis court. Other factors to consider are the surfacing of the court, fence, and the lighting setup which has to be ample enough for players to have a match in all kinds of weather conditions.

Excavation is the first step in building a tennis court. Asphalt is the main foundation (acts as the layer) and soon after, acrylic layers top off the asphalt. For filtering the area, a geotextile layer is utilized. Ultimately, how fast the ball bounces during a match, is determined by how much sand is poured into the acrylic layers.

When construction is over and everything has dried, it’s important to perform regular maintenance on the surface of the court. Cleaning the court in an orderly fashion helps keep the court looking nice and neat. It’s recommended that you clean it every two weeks. Additionally, build in a good drainage system that will drain water away from the court’s surface. Having routine checks done for blockages in your drainage system is advisable. Also, make sure that you apply some rules to your tennis court. This way, minimal damage will occur when people come to play tennis.

For instance; no chewing gum or eating on the court, specific shoes should be worn while in the court, and ban chairs from being taken to the court. Additionally, Playing children, animals should also not be allowed on the court. Better still, install a fence that will keep out any unwanted visitors to your court. All these rules will help keep the surface of your tennis court intact. Resurfacing the court every six years or so should be implemented to sustain the tennis’ court surface.

Constructing a Tennis court in 2021

It would be an easy pick if you are into tennis, for the surfacing of the courts has come a long way from overly expensive (grass courts) to affordable (artificial grass courts) Moreover, there are different sizes you can incorporate, depending on how big your backyard is.