An interior door that sticks is not the end of the world, but it can be pretty annoying when you have to deal with it every day. When your arms are full of laundry, toys, or towels, having to maneuver your way past a cranky door can leave you feeling a little less than jolly. 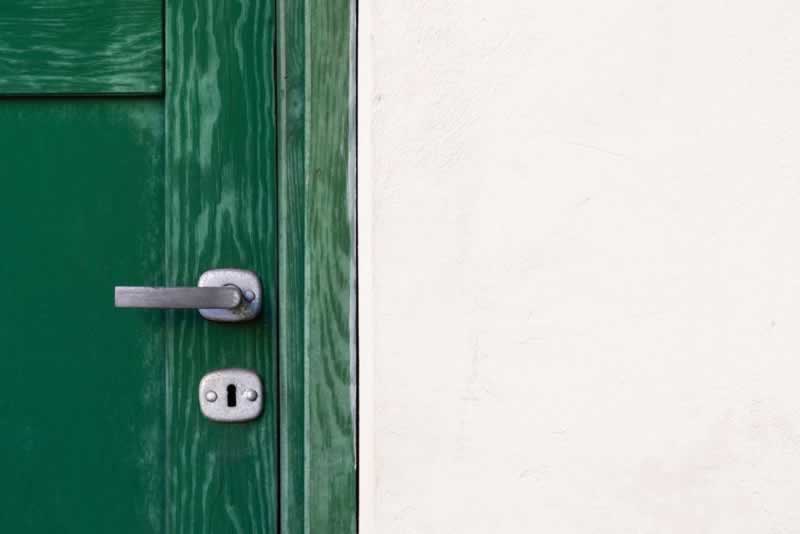 Fortunately, sticky doors are usually a pretty easy fix, and simply having a screwdriver nearby may eliminate the problem. If you regularly have to deal with a sticky door, try these simple ideas for door repair.

Tighten the Screws on the Strike Plate

The strike plate is the small metal plate that catches the latch in the door jamb. Over time, this plate can loosen, which can cause the latch to stick when the door is closed, making it difficult to open even when you turn the knob the whole way. It may also make the door difficult to close. A simple fix is to open the door and use a screwdriver to tighten the screws in the strike plate. This is the easiest door repair, so it’s the one you’ll want to try first.


Tighten the Screws on the Door Hinges

It could also be the door itself that’s the issue. This is a common problem, especially in older homes that have shifted and settled. Doorways become out of plumb and puts pressure on the door in odd areas, causing hinges to loosen. If your stuck door drags along the floor, this could be your problem. Simply using a screwdriver to tighten the screws on the hinges might be all the door repair that’s needed. 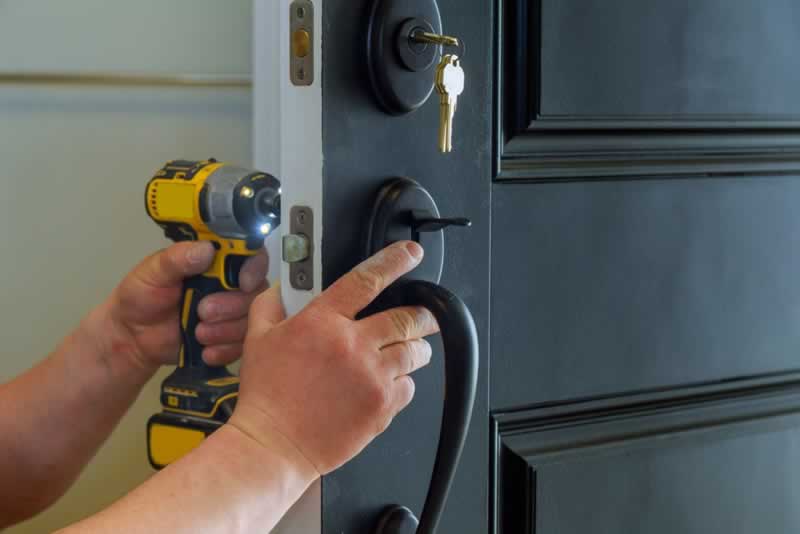 If the hinge screws won’t tighten, it probably means the holes in the door frame are stripped. For door repair, remove the screws and the hinges, fill the holes with wood glue, and shove matchsticks into the holes. You’ll want to cut off the flammable tips of the matches before using the wood to plug the holes. Allow the glue to dry completely, then re-install the hinges by driving the screws into the repaired holes.

Plane the Edge of the Door

If all else fails, you can remove the door from the jamb and use a planer to shave down the side of the hinge-side of the door. By altering the side with the hinges, you avoid having to remove the latch assembly. Use the planer carefully, removing only small amounts of wood at a time, until the door no longer sticks in the door jamb. Be careful not to plane too aggressively, or you’ll end up with a door that won’t latch at all. You’ll also want to repaint your door after planing to keep it looking cohesive.

At least one of these fixes should work to unstick your interior wood door. If not, you may need to have an Angi professional near you come out and see what’s going on. Angi, formerly Angie’s List, is your go-to source for home repair.