Why You Need an Extractor Fan in Your Bathroom

Introduction: What is the point of an extractor fan?

A bathroom extractor fan is a device that helps to remove unpleasant smells and moisture from the room. It can be installed in the ceiling, in a wall or even sometimes on a window. In bathrooms, an extractor fan is absolutely necessary as it removes unpleasant smells and humidity, which apart from making the room uncomfortable to be in, could also result in permanent damage, like mould or water damage, for example.

The ultimate purpose of an extractor fan is to draw air from the room to the outside, which sounds simple doesn’t it? While simple enough, they are crucial for your bathroom. We will break down why exactly you need one!

Without an extractor fan, lots of people would leave the shower and complain about the amount of steam, condensation and humidity in the bathroom. These things make it quite stuffy and sometimes even hard to breathe, at a time when you want comfort and maybe relax. An extractor fan can remove this steam and make the bathroom feel much more comfortable to be in. Also, naturally it would also remove the humidity, reducing the chances of condensation from occuring too.

After a while, in the event that you do not get rid of the condensation and humidity after you shower, it will eventually lead to the build-up of mould and mildew in your bathroom. Bathroom mould is usually be caused by steam from your shower or bath, that is unable to escape that then condenses on colder surfaces like shower or bathroom walls that have been painted, on grout and even on the window ledge, for example. Mould itself is relatively easy to deal with but once you clean it, it will simply return, and keep on doing so until you fix the main issue. Mould can be harmful to your health. 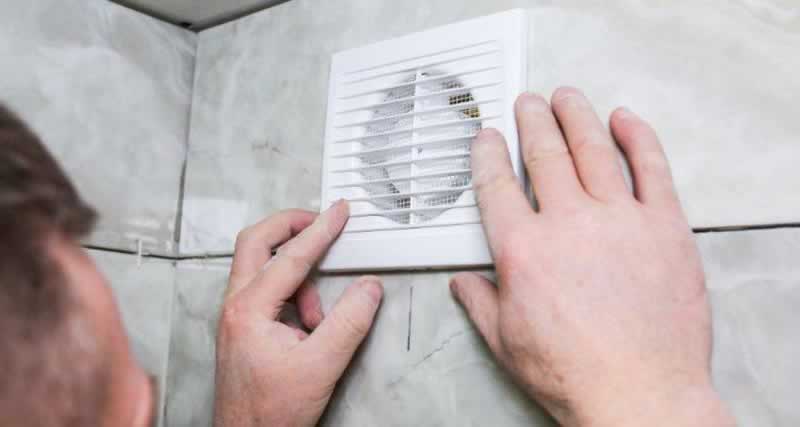 Without an extractor fan bad smells and odours cannot escape your bathroom – so where do they go? If smells linger then the room will smell worse and worse over time, as it will seep into the walls and surfaces of your bathroom, which can also lead to mould too. That aside, we all would like our bathroom to be a pleasant room to be in but this will not be the case if you do not get rid of odours!

As mentioned above, the other reasons for having a bathroom extractor fan all lead up to this point – to extend the life of your bathroom or shower. Ultimately, cleaning and repairs have the same thing in common – they cost time and money. You don’t want to be constantly spending one or the other (or both) cleaning and repair your bathroom if you can easily resolve the issue by buying an extractor fan. You might be concerned on price but you don’t need to get the best bathroom extractor fan. There are plenty of options on the market that won’t break the bank but will get the job done. It just takes a little research!