10 Biggest Pile-Up Accidents: How They Happened

If you’ve ever seen a large traffic pile-up, you probably wanted to know what went wrong. You might try to see if anyone was injured or how many vehicles were involved. 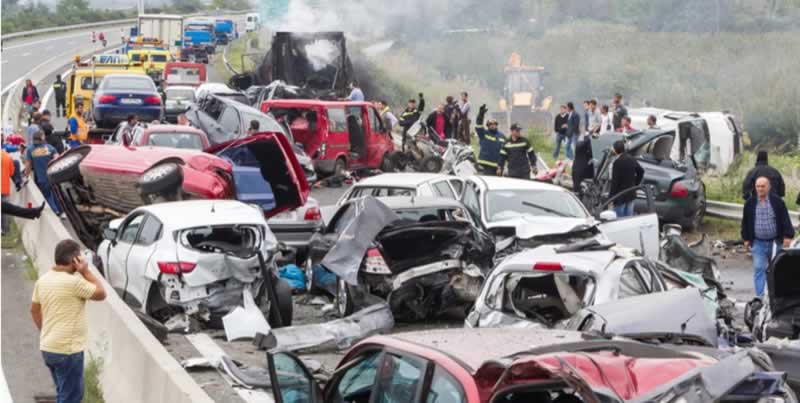 Here are a few of the largest pile-up accidents in the United States and how they came about.

There were 95 cars involved in this accident on March 31, 2013. It occurred on I-77. Unfortunately, three people died in the accident, and there were 25 people injured. When drivers were unable to see due to dense fog, a chain reaction started that simply couldn’t stop. If you want to know how to determine fault in a multi-vehicle accident, one consideration is whether or not there were warnings. In this situation, there were warning signs illuminated above the interstate indicating that there was dense fog in the area.

Here are a few key details regarding the accident:

This pile-up occurred on February 14, 2014. Icy roads are said to be the cause of this accident that resulted in 30 injured. Fortunately, no one died in the accident. Officials had lifted a speed restriction only a short time before the accident because road conditions appeared to have improved over the course of the day. However, there were still slick spots on the road that needed attention. This is an accident that could have involved claims filed against the state or the city because the restrictions were lifted too soon.

On March 1, 2014, 104 vehicles were involved in an accident on I-25. One woman was killed, and there were 30 people injured. This accident occurred because of high speeds and dangerous road conditions after a winter storm blanketed the area with snow and ice. Buses were brought to the scene to take people away because they were unable to leave in their cars. It took five hours for the road to be cleared.

When a dust storm blew over I-5 on November 29, 1991, a massive accident occurred that resulted in 104 vehicles being involved. There were 17 deaths and 114 injuries. This accident is one of the worst in the state’s history because of the number of vehicles involved. It was reportedly caused by a sudden dust storm. 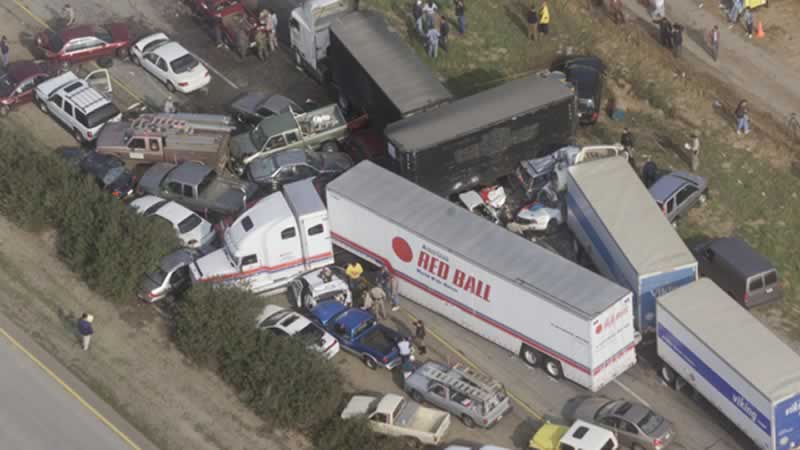 Sadly, two people died on November 3, 2007, on Highway 99. At least nine tractor-trailer trucks were involved in the pile-up that also included 108 vehicles. There were at least 36 people injured. One person was charged with drinking and driving, but fog was deemed to be the cause of the pile-up.

The new year started with chaos when 114 cars were involved in an accident on December 31, 1998. This accident occurred because of a White Wall, which is a blanket of snow that suddenly appears. Drivers didn’t know where to go, resulting in a massive accident. Only one person was killed, but there were at least 50 people injured.

On December 2, 1994, 127 vehicles were involved in a pile-up on I-35. Drivers were taken aback by the slick roads caused by a rainstorm. Even though there were 67 injuries, no one died in the accident.

Slick roads and snow caused a 131-car accident on February 22, 2001 on I-95. The accident spanned over three miles on the interstate. Drivers left their vehicles to seek safety as more cars crashed into others.

On March 20, 1995, 200 vehicles were involved in an accident on I-10. One death occurred, and there were 90 injuries in one of the worst accidents in the country. The accident took place on a roadway that goes over Mobile Bay. Fog is said to be the culprit of this accident. It’s considered to be one of the top five worst pileups in the United States. Accidents can happen on the road very suddenly. If you were involved in a similar situation and want to know how to determine fault in a multi-vehicle accident, your personal injury attorney can assist.