Why Did I Ignore The Winged Termites I Found In My Home Two Years Ago?

When procrastination is literally your enemy. Many times in our lives, we assume that something is not a big deal, or that we will deal with it later, but, we all know how that ends. Sometimes we even ignore things because they are too hard to deal with and we don’t know of any proper help. This is especially the case for termites, flying termites to be precise. No one wants them, and not many people know how to deal with them. 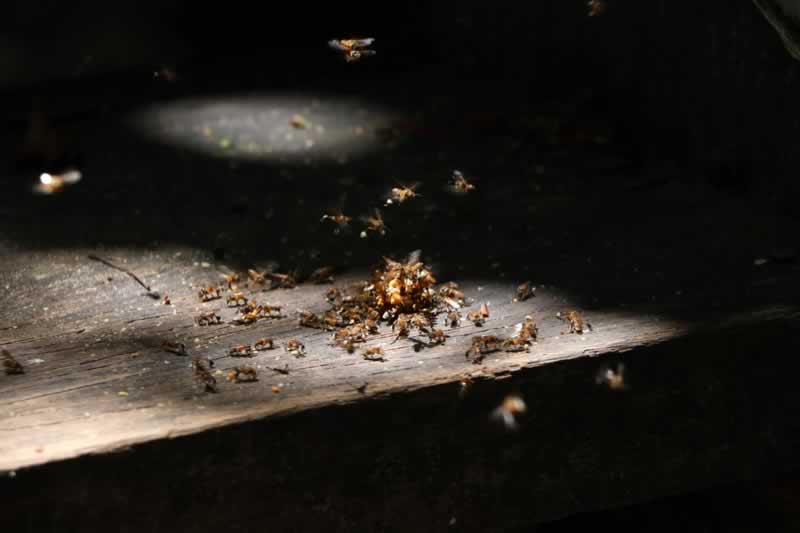 Termites are one of the trickiest insects to get rid of because they can’t just be vacuumed up and call it a day. They can cause some pretty considerable damage to your furniture and getting rid of them can be quite challenging. So what is the solution? There are several ways though that can help you get rid of the pesky creatures.

What are winged termites?

But before that, a little knowledge on what they are exactly is very important. Like humans, insects go through different stages of their lives, caterpillars turn into butterflies, and termites turn into… well, winged termites. This is, however, one of the hardest stages to get rid of them, namely because they can fly just about anywhere, and because this is their reproductive stage. Winged termites are alates that need to be looked out for, especially since they would be at the reproductive stage at this point. They will try to fly to new places and establish what you can term as a “colony”. That goes to show how fast they may reproduce, which is one of the biggest problems when assuming a mere vacuum could get the job done. If you see just one, then consider it an infestation and call in a professional to help, so that the infestation can end. Termites can cause all sorts of damage, especially to the infrastructure of a house, but not adult termites. It is when a colony is produced and the baby termites start chomping on the wood that it becomes a serious issue.

If you are able to get close enough to the termites, you will be able to identify them pretty quickly. For instance, they look pretty similar to flying ants, except the most obvious difference are the wings. Flying termites have larger and longer wings whereas flying ants have smaller and rounder wings.


Termites’ food is basically anything that comes from a tree, such as firewood, lumber, or even paper. Try to keep your house as dry as possible, with minimal food supply especially near the foundation of the house.

If you are able to identify one flying termite, then it is probably not a stray termite, chances are, the colony is already infesting the infrastructure of the house. If you find wings but not the body, then that is an even bigger sign; winged termites shed their wings after they have mated and are in the reproduction stage.

If the termites are on the outside of your home, it is still essential to get rid of them, do not take the risk in leaving them be just because they are not on the inside. One way to get rid of them, like many flying insects, or even insects in general, they are attracted to light. Investing in a heavy -duty bug zapper would be the way to go in this case, it generally works for both the adults and the babies. This method though would only be applicable on the outside of the home. 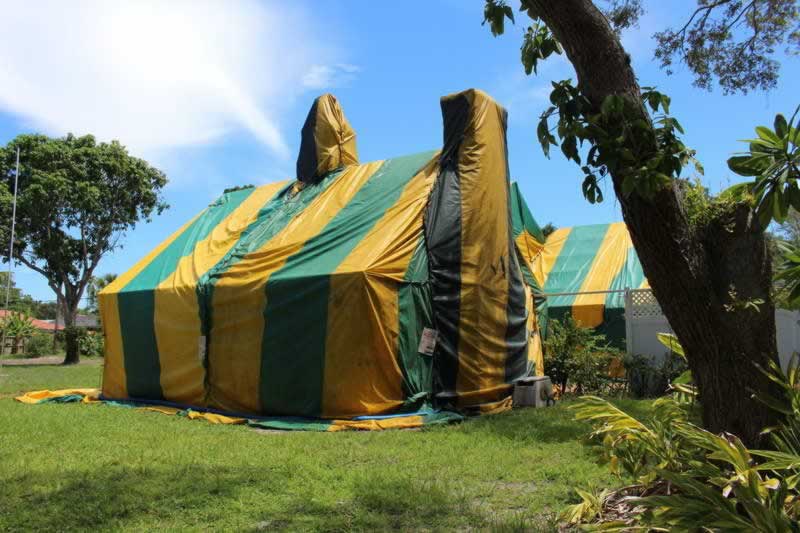 If you have already gotten a colony on your property, then just getting a bug zapper, or killing the visible flying termites will not be enough. Flying termites are just the adults, so the colony will most probably still have the babies, which is the target when exterminating. If you are going to do it yourself, then termiticide sprays and baiting systems are the way to go. Termiticide sprays, most commonly known as termite sprays, are sprays that come in either foam or liquid forms and are directly sprayed on the colony which kills off the current insects as well as prevents new ones from forming. Baiting systems are preferably, non-invasive systems which use chemical substances to attract termites and either wards them off or kills them, basically it is the chemical version of a bug zapper.

Baiting systems though must be kept in areas with no human contact, especially in an area where children cannot reach. If it is a small infestation though and you are afraid your child might get exposed to the chemicals, then a more natural extermination could also be an option. Like other natural methods, this will take time, effort, and can only control a smaller colony. Natural substances such as orange oil, vinegar, sodium borate, and nematodes are all ways to get rid of the pesky insects. However, for the nematodes, since they are worms, you will need to take more measures to get rid of them after they have gotten rid of the termites.

If you have done all the above, and the colony is still swarming around then the colony is much larger then you may have assumed. Calling for professional help may be costly, but it is better than having to redo your entire foundation. Pest control services are provided in many locations, which will help in many aspects, from identifying to eradicating whether indoors or outdoors.

Winged termites can be a huge hassle. If not taken care of from the beginning, then it is better to directly call for professional help to eradicate them as soon as possible. Other measures, such as building a foundation from material other than wood, or constantly checking the structure of the house, can be taken, though they are hard to fully apply. Calling for professional help can be the ultimate source of help, given that some professionals do those monthly or bi-yearly checkups themselves which can be a great help. Just be sure to mention if there are children around or if there are any allergies and you will get rid of those flying creatures. The best piece of advice is that never ignore a problem such as termites for too long in the hopes that it would just disappear in good faith! Unfortunately, this is never the case. The earlier you take action, the less you will have to deal with.