Assembling furniture is probably the least exciting part of decorating. While it would be helpful for all furniture to come pre-assembled, all major furniture stores sell pieces that are not. While Ikea is the first place that comes to mind, even Restoration Hardware has flat-pack items. So, no matter what your budget is, it’s tough to avoid this dilemma. 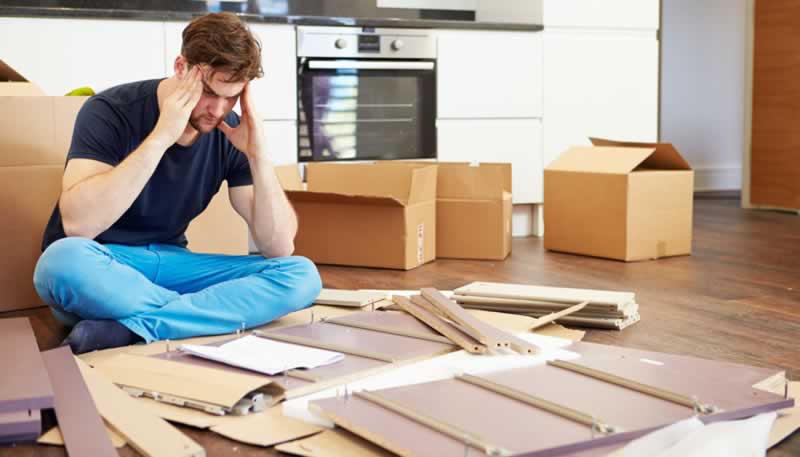 However, having to assemble your furniture isn’t necessarily a negative thing. It can save you money & create feelings of pride & satisfaction. A 2011 paper from Harvard Business School called “The Ikea Affect,” concludes that assembling our own furniture makes us appreciate it more. However, the procedure for achieving this can be particularly frustrating & may often involve cursing the inventor of miniature screwdrivers. If you have ever wanted to know the secret to assemble furniture without suffering–there’s only one way. Pay someone to do it for you. But if you insist on these feelings of momentary bliss every time you walk past your BILLY bookcase–the important thing is to approach it like a professional.

Consider the assembly process before you click “buy.” Billy Rojas, CEO  of A+ Assembly Services, a highly-rated furniture assembling service in San Diego, CA, recommends reading online reviews & testimonials before purchasing the item to get a clearer idea of the process. This way, there are no surprises when the box arrives. If a significant project is beyond your skill level, Rojas suggests looking for pieces that come partially assembled. “Sometimes, you only have to attach two or three parts,” he says.

Be Realistic With Yourself

As stated by a Handyman from Thumbtack, some items, such as upholstered bed frames, are probably best left to professionals. He explained, “The upholstery is stretched over & attached to wooden frames. The frames are constructed with built-in connection points that are often blocked, obscured, or misaligned by the upholstery.” Dressers can also be challenging. Not because they are particularly tough to assemble, but because the process is so tedious. A full-size dresser with six drawers can have up to 300 pieces & components, as stated by the representative from Thumbtack. Johnson noted that the process is more difficult because”the drawers are usually assembled separately, then have to be aligned with the larger piece.”

Don’t damage the furniture or your flooring before getting started. DiClerico says to open up the box cautiously because scissors or box cutters can be damaging. Use the box to protect your flooring as you build. 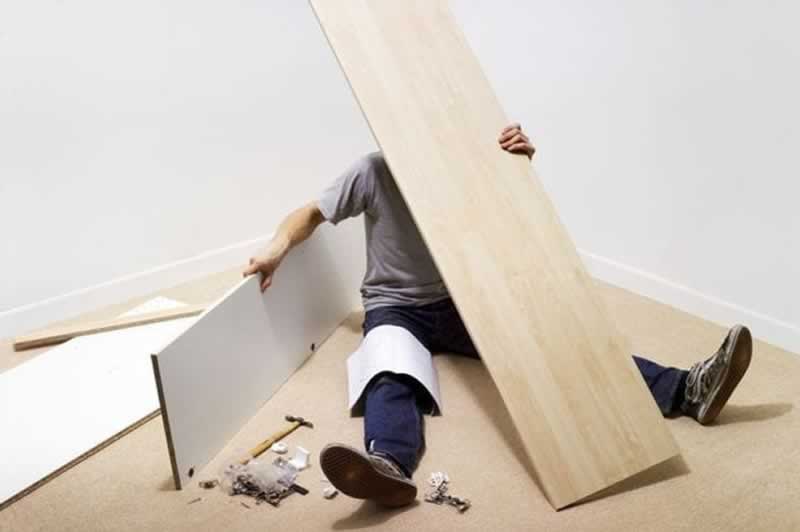 Assemble In The Right Location

While you might be tempted to assemble a desk for your house office in your living space’s comfort, think again. Danny DeClerico, a Housing Specialist at HomeAdvisor, emphasized the importance of assembling furniture in the area where it will be used, especially for heavier pieces. “Besides being a pain to move, that armoire or corner desk is liable to scratch walls & floors during any moves.”

The first thing you will have to do before anything else is to read the assembly instructions. Then reread them. Understand the process for what you will be doing. DiClerico also urges re-checking the directions from time to time.

Set Yourself Up For Success

After carefully unpacking everything, DiClerico says it’s ultimate to identify all the parts. Then group similar items & lay them out in order. “Pros will often store small hardware, like nuts & bolts, in plastic cups, to prevent them from rolling away or getting mixed up.”

The Handyman from Thumbtack added, “Take a moment to consider the proper orientation of the components involved: up, down, left, right, front, back. Finished edges usually face up or front. Left & right sides are usually mirrored images with finished surfaces facing out or up. With components that appearance alike but aren’t, appearance for variations in hole spacing or quantity. The top or bottom piece may have extra holes or pegs.”

Janice Simonsen, who is a Design Spokesperson for Ikea, say’s to look at the instructions & appearance for any arrows. They indicate the right position a part has to be in to assure proper assembly.

According to the Consumer Product Safety Commission, approximately one-quarter of all accidents involve furnishings like dressers & tables. Especially if you have small children, heavier items have to be anchored to the wall with straps, brackets, or braces. Thumbtack’s Handyman told me large, bulky, tall pieces like wardrobe or wall cabinets could be dangerous to assemble. “Structural integrity isn’t achieved until the last few assembly steps. Putting the last pieces in place & standing the unit on its feet can be perilous.”

If you aren’t sure if a particular piece requires two people for assembly, Johnson suggests checking the instructions. Note that Ikea instructions will all the time indicate this. But perhaps this advice of his is the almost all sensible, “Don’t try to be a hero. Find a helper.” Because while paying for a local professional to assemble your furniture will not result in feeling “The Ikea Effect,” you will feel a certain sense of satisfaction knowing that your skills lie ultimately in the art of delegation.