Wood-burning and pellet-burning stoves have become popular in the last 15-20 years, increasing in popularity as the years go by. Part of the attraction is the back to nature movement fueled by concern over the environment. Whether you subscribe to those ideas or not, many people do and they base their buying decisions on them. Another reason for their rise in popularity is the cost savings that accrue from using them to warm the house, a task for which they are well suited. The government has studied them and determined that a wood-burning with a rating of 60,000 BTUs can heat a 2000-square-foot home. A 42,000 BTU rated stove can heat a 1300 square-foot home. 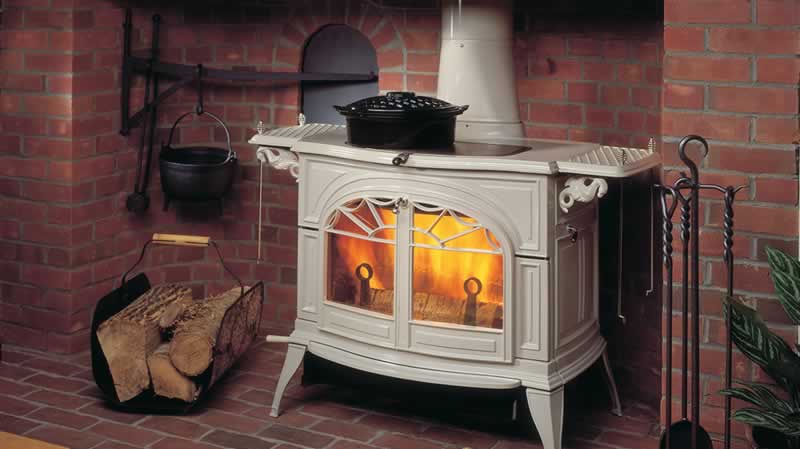 Those same studies also confirmed that contrary to environmental beliefs, wood-burning stoves emit more pollutants than other methods of heating a house. Wood smoke contains harmful compounds that many urban areas have outlawed them in spite of their well-known ability to quickly and cheaply heat the average house.

One of the leading myths about home energy efficiency is that doing a little isn’t enough. You have to do a lot in order to save energy and money. Not true.

Every little bit helps. Properly sealing the cracks and crevices around doors and windows not only prevents air from getting in (hot during the summer and cold during the winter) it also puts an end to creepy crawly bugs getting in as well. Replacing an old refrigerator or freezer helps too. Any appliance that’s much over 15 years old is typically using twice as much power as a newer model. If you’ve got an old stove, dishwasher, freezer, and refrigerator, replacing all of them will result in a significant drop in your electricity bill each month. Replacing old furnaces and hot water heaters does the same thing. A little here and a little there begins to add up to some serious money. Keep it up and pretty soon the savings will pay for themselves.

Modern stoves have changed more than you think. There are some things you should know about your stove. The most dramatic is that new, modern stoves can clean themselves. We haven’t quite reached the level of Rosie the robot maid on the Jetsons, but the technology is getting close. A stove you don’t have to clean is a good reason to swap out your old one in addition to improving the energy efficiency. If you don’t need – or want – a self-cleaning stove and would prefer to use a wood-burning stove for cooking or heating or both, there are some ways to improve stove efficiency by using stove fans. 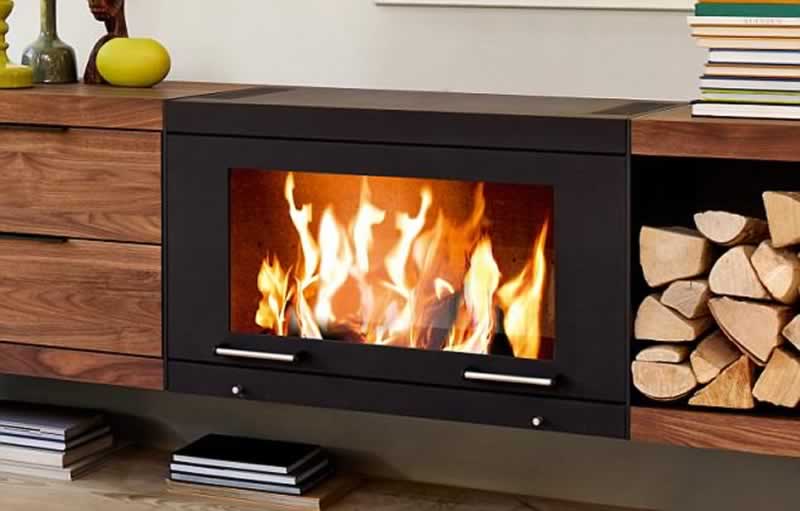 What Are Stove Fans?

Stove fans are fascinating little devices that use temperature differences to power an electric motor that turns the fan blades. You set the base of the fan on the wood-burning stove toward the back of the stove. Be sure to allow about 15-inches of space behind the fan. As the base of the fan heats up from contact with the stove, a semiconductor in it creates a temperature difference between it and another semiconductor on the rear cooling fins of the fan. The difference in temperatures between the two semiconductors creates a voltage across them which is sufficient to drive the electric motor. The fan blows hot air rising from the stove out into the room instead of letting it rise to the ceiling where it goes to waste. In the process it pulls in cooler air from behind it (hence the need for space there), continuing the temperature differential that drives the fan.

The Fan Becomes Your Thermostat

The speed of the fan depends on the temperature spread between the two semiconductors. The larger the difference, the more voltage is created and the faster the fan spins. As the stove burns up its fuel the temperature in it will drop and the fan will begin to slow down. The slowing of the blades will then act as your cue to put more fuel in the stove. These fans don’t use batteries. They’re quiet and efficient. You can barely hear them when they’re spinning but the work they do in heating the room is tremendous. The better the room is heated, the less fuel you need to burn to keep it comfortable. Less fuel, of course, translates to immediate savings. Stove fans are small, practical, aesthetically pleasing, and they multiply the usefulness of your wood-burning stove. They’re an innovation whose time has come.