San Diego has encountered a lot of fires. However, some of them were considered a lot more disastrous than others. This article discusses these major fire events throughout the history of San Diego. Note that these events are spread through history and some may date as far back as the early 90s. Also, this list is in no particular order. 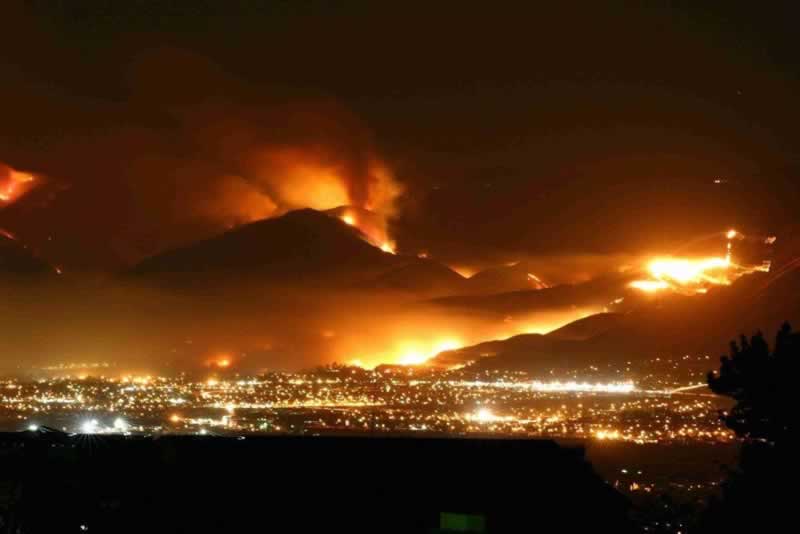 With that being said, below are the major fire events in the history of San Diego.

On the 21st of October 2007, a strong wind blew through the power lines and started a fire that was relatively small at the east side of Romana, the area known as the Witch Creek. At 2 am on the next day (the 22nd of October), a fire started around San Pasqual Valley. The Witch Creek Fire moved toward the city limits and soon, not long afterward, both fires merged.

About 197,990 acres in the county, while 9,250 acres in the City got burnt. About 365 houses were burnt within the City; all the houses were within Rancho Bernardo. 1141 houses were destroyed Countywide, and two lives were lost. The fires account for the biggest evacuation the county has ever seen, about 500,000 citizens were evacuated. 7 trucks, 420 people, and 73 engines were deployed as the fire grew.

The fires are listed among the top 21 wildfires of Southern California. Another incident known as the Harris Fire started on the day of the Witch Creek Fire. However, this did not get into the city. Click here: https://en.wikipedia.org/wiki/Harris_Fire to learn more about the Harris Fire. It was said to have resulted in five deaths and burnt 90,440 acres.

On the 5th of October 1913, a passing locomotive had a spark that caused a 250,000 gallon of distilled oil to flame up. The oil burnt and threw sparks towards the sky and then fell on surrounding tanks. One tank had black oil in a whooping quantity of 1,500,000 gallons; this also erupted. The firefighters could only keep the tanks cool by spraying water on them; they fought to stop an explosion from the black oil. Unfortunately, a tank of 250,000 gallons holding gasoline exploded so loudly that people at La Mesa heard it. Spectators were rescued with boats. The firefighters were eventually released after they fought the fires from Sunday to Tuesday. 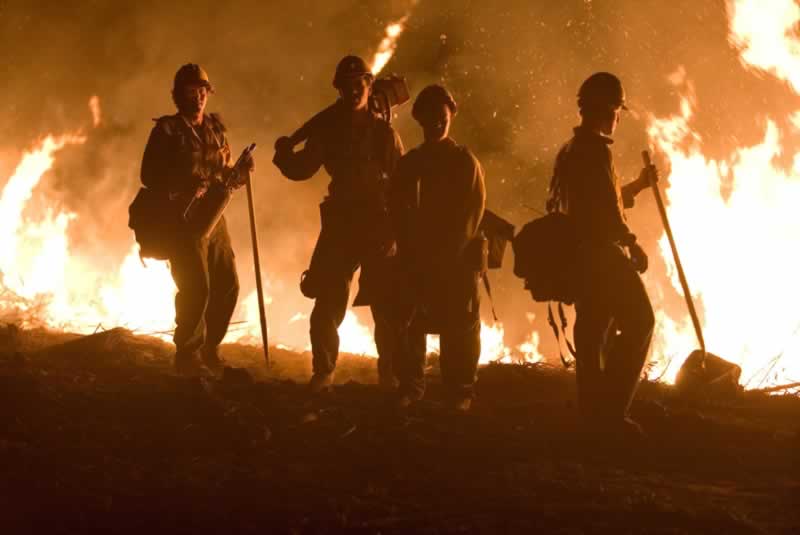 On the 30th of June 1985, a strong wind caused a flame that soon went up series of Mission Valley canyons. 300 acres and 76 houses were destroyed by the Normal Heights Fire. 57 other houses were damaged. The total damage was estimated to $9 million. The number of persons that were evacuated was between 1000-1,500 people. You can visit San Diego Dry Express to learn more about fire cleanup. The flames were propelled by heavy brushes around houses and in the canyons. 98 rigs and 400 firefighters were used to fight the inferno, the firefighters came from almost every rural and city fire district in the area, federal firefighters also came from Miramar Naval and North Island Air Stations.


The first alert came at 11:52 am; however, the flames had already gotten out of hand before the first unit is arrived at 1:00 p.m. The inferno was eventually put out despite the problems that were experienced with the hydrants. This event resulted in the establishment of different initiatives like the brush and weed abatement program and plans to work on the city’s water pressure.

This is recorded as the biggest wildland inferno in the whole history of California. It started in Cleveland National Forest. It started as a small fire that was lit as a sign for help by a hunter who has lost his way. Unfortunately, the flames got out of his control and soon covered about 20 acres. At midnight of the same day (October 25) the flames had covered 5,500 acres, 62,000 acres were covered by 3.00 am. At 6:3 am on the 26th of October, the inferno had crossed into San Diego. 50 engines, 9 trucks, and 11 rigs were deployed to fight the inferno. 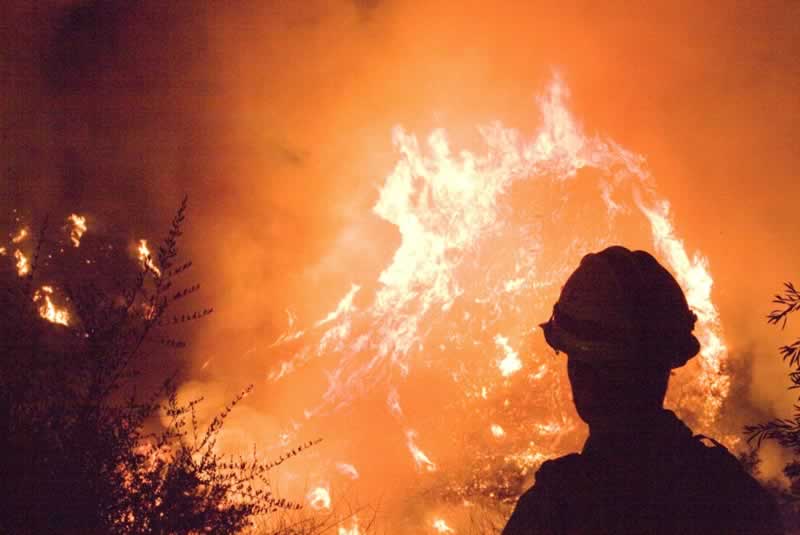 Tierrasanta and Scripps Ranch were the worst hit. On the 28th, it was declared that the flames were contained. At this point, 28,676 acres had gotten burnt in the city, and 71 structures were damaged, while 335 were destroyed. Also, 15 people were killed. $204 million was estimated as the total loss.

This inferno can be said to be the most stubborn one San Diego has ever witnessed. On the 17th of June 1910, at the wharf of Santa Fe, the Freighter S.S Alaskan caught fire. The tarp of the No. 4 hatch was taken off by the Longshoremen, but they were greeted by hot gas and smoke. This was when the firefighters were told by the skipper that they had calcium carbide on the ship. So, using water to fight the flames would form acetylene gas that would be lethal. Read this article to learn more about calcium carbide reaction to water. Because of this, the firefighters had to use only hand extinguishers and chemical tanks to fight the inferno.

On the third day, the fire department started getting low on sulfuric acid and bicarbonate soda, so a carload was sent from Los Angeles. Finally, the inferno was extinguished when liquid carbonic acid was pumped into the ship plate through holes. Extinguishing the flames took a total of 3 weeks, and history was made as for the first time, an inferno was extinguished with carbon dioxide gas.

Fires are not pleasant events and can cause a lot of damages. San Diego has experienced a lot of these bad events. However, some of these events are considered to have done more damages than others. This article is a list of some of the major fires that happened in San Diego.