The Main Types of Hinges on the Market Today

There are many different types of hinges on the market today. We’ll break down the main types of hinges available by name before explaining their characteristics and main applications. 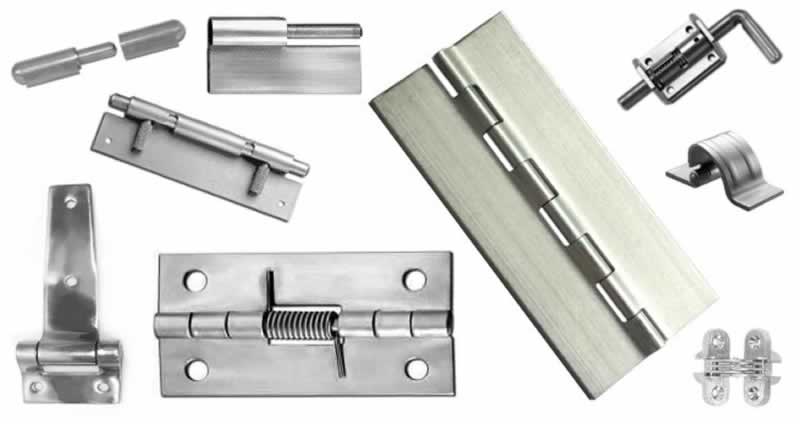 Butt hinges are generally large flat plate hinges. There are two large flat plates with holes in them connected by a hinge that runs the length of both. The hinge will attach a door to the door jamb. The hinge may have a plain bearing, ball bearing or spring inside of it. Most butt hinges are recessed into both surfaces so that they’re nearly invisible unless you are intentionally looking for them. The hinge pins may be removable, but they may be non-removable for security reasons. This is arguably the most common type of door hinge on the market.

Butterfly hinges are also called surface mount cabinet hinges. Unlike the butt hinge, they’re visible to the user when the door is closed. This is why butterfly hinges tend to be decorative as well as functional.

These hinges are generally butt hinges, but the stringent requirements fire door hinges need to meet make them a category all their own. Firedoor hinges have to hold up incredibly heavy fire doors and work perfectly in conjunction with fire door control systems that will seal the space tightly if there is a fire raging on the other side. 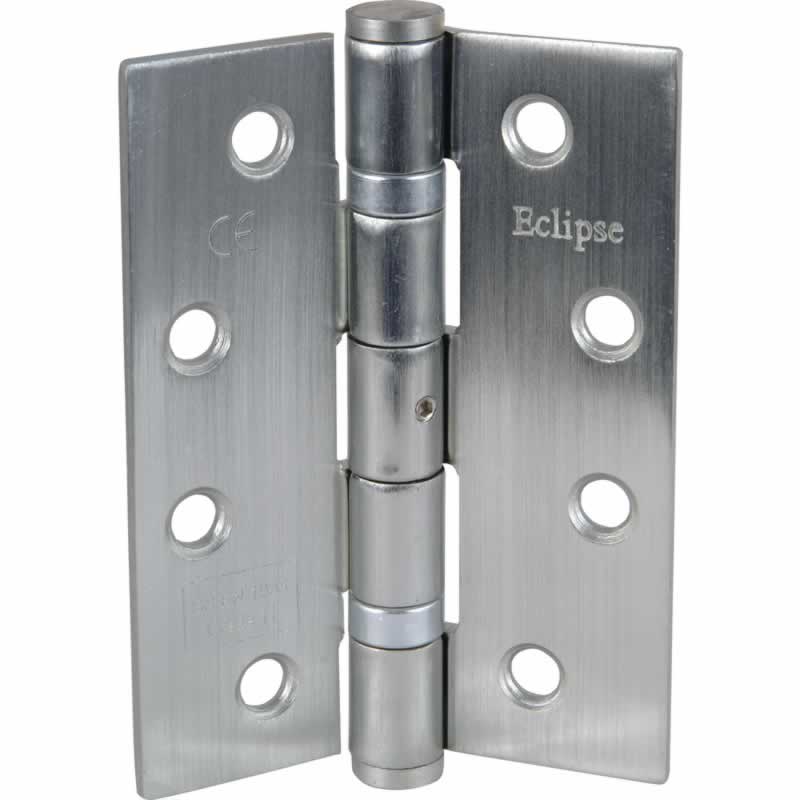 Hook and band hinges tend to have a single long band that sticks out perpendicular to the hinge. These hinges can support anywhere from five to a hundred and fifty pounds. This is why they’re often used on gates. They may or may not be self-closing.

An H hinge resembles an H when it is opened up. The two long pieces are joined in the middle by the hinge, and given the typical application for these hinges, the hinge itself will be robust. They’re often used on closet doors, pantry doors and passage doors. HL hinges are a stronger version of the symmetrical H hinge. The HL hinge is the better choice for supporting the weight of a heavy wooden door. The long arm of the HL hinge is what gives the piece attached to the door the characteristic “L” shape. If the L were mounted on the bottom of the door, it resembled a G. This configuration is often used on the bottom of heavy wooden gates.

Protection hinges are hinges designed to protect someone. That someone is usually a child who otherwise may get their fingers pinched in the door hinge. These hinges are the standard for schools and childcare facilities. They’re also a simpler solution than installing the hinges and then putting up additional finger protectors.