How to Make a Dull-Looking Deck Look Aesthetic

The deck of your home is a functional part of it and gives the house an aesthetic look. People enjoy going out in the evening to sit on their decks, or they invite friends over to celebrate some occasion. However, all decks are not built equally aesthetically pleasing. There are some which have an extremely dull look and no matter how much you try, there does not seem to be any way that you can make them more attractive. 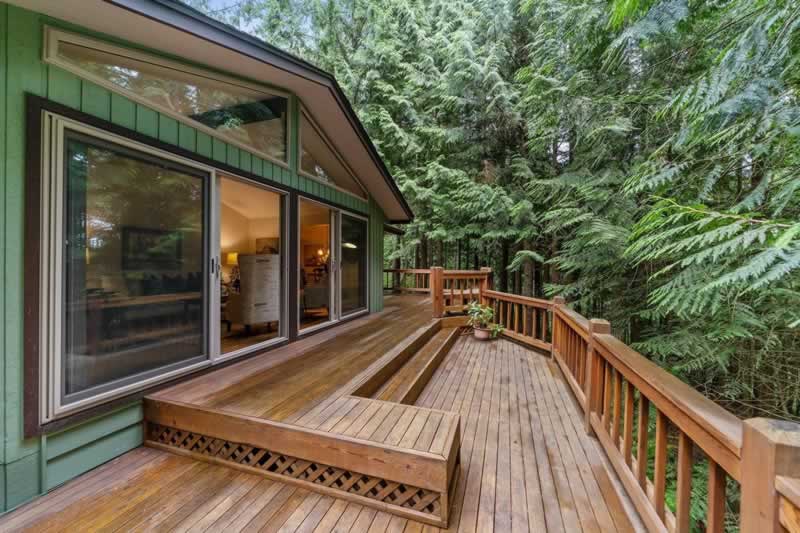 The key is to find ways to make a dull-looking deck look good. It can be easy for those who pay close attention and follow the tips mentioned below:

Composite decking is made of wood particles and resins which makes it extremely durable and less susceptible to rotting or bending. It can be moulded into any shape you want, so choosing a design for your deck won’t be difficult anymore. Composite decks are also available in various colours such as brown, green, grey and white. So if you have an exterior colour theme in your home, then this would make the deck look good along with other parts of the house.

Decks made from composites often come in prefabricated pieces, so a botched construction job can be quickly fixed without replacing the entire deck. This can save you a ton of money, especially for some locations; Composite Decking in Australia is affordable. Composite decks tend to come with long warranties (up to 50 years), which means that the manufacturer will likely replace or fix damaged boards for free.

Lighting is a necessity to have during the night and it makes your house look good too. If you or anyone in your house works at night, then lighting would be important to make work easier for you and everywhere else will look better when lit up. Installing more lights would also bring out the details of your deck such as its texture, colour, design, etc which can make it look good at night too. You can get attractive looking solar powered string lights and various other kinds of lamps that seem like they are only used during nights but can be effective even in the daytime just with less intensity. These types of lighting are available easily in online stores or even hardware stores, which means you don’t have to call an electrician every time you want to have some lighting.


Get Rid of the Unwanted Mats

If your deck has some rugs or mats in the corners, it would be good to remove them because they can make your deck look smaller than what it actually is and also appear as dust traps. It might not be possible to remove them completely but cutting out a small part of their sizes will do the trick just fine. This way you won’t have any extra work if you aren’t capable of removing them fully and make the remaining parts look better too along with making more room for the rest of your house.

Power-washing a wooden deck is a very effective way of bringing back its original colour and texture, especially if it has been painted. To reduce the risk of damaging your deck with power washers, first, remove all loose debris and dirt using a broom or scraper and then cover any areas that you don’t want to get wet with waterproof tarps. For best results, start on one side of the house and work your way around in a counterclockwise direction while moving over each section twice – once vertically to clean from top to bottom and again horizontally (angled slightly) from left to right. 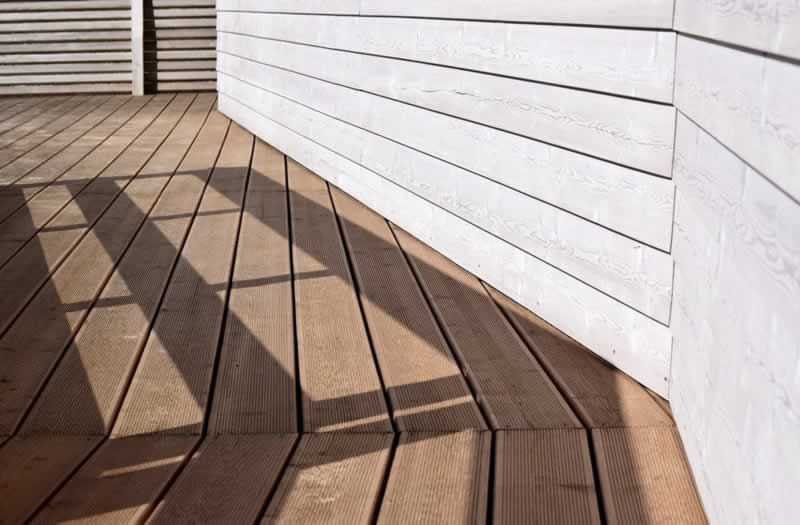 Having some outdoor furniture on your deck would not only make it look good but also make it more functional. If you have some space on your deck that isn’t being occupied by anything, add a small table in the centre surrounded by chairs or benches. Or if you want to have more seating, then add a small couch and another table with some potted plants. If you don’t want to spend money buying new ones, then you can always repurpose old stuff lying around the house that will look good outside too such as a bench, a swing or even an umbrella. Just make sure they are weather resistant first if they aren’t already because their material might not be suitable for all kinds of climates. Also spreading out your seating space with one or two large pieces of furniture will give enough room for everyone instead of overcrowding everything together

Building an outdoor fireplace on your deck is another great way of improving its looks and functionality at the same time. Not only will it provide heat during colder months (which is perfect for winter), but it can also be used as a barbecue grill which people would want to use during the summer. It is not necessary to construct one from scratch, you can easily buy some plans and have a building company build it for you instead because constructing such a thing is usually seen as complicated.

Adding some flowers is yet another great way to improve the looks of your deck because they are perfect for giving off positive vibes just by their presence alone. They are usually found in many shapes and colours so you can pick a specific one that matches the overall theme or style of your deck. Also, avoid having them grown too tall because it might block out any views from around your house outside; which isn’t necessarily bad if there’s nothing worth looking at anyways.

If there are any dead or dying plants in your yard, make sure to remove them right now because they might be hiding something on your deck that can improve its aesthetic value drastically. For example, if there is a corner where nothing seems to grow no matter how much time passes by, consider having some grapevines planted on those spots – especially if you live in an area where grapes can grow properly in outdoor climates. This will give your deck a completely new look within days because it will cover most of it with green, which is a very good colour for contrast and also soften the overall look of your deck because green is a relaxing colour.

By making use of the advice presented in this article, you will be able to transform your dull looking deck into one that is aesthetically pleasing and gives out positive vibes with its overall appearance. After all, no one wants to have a dull-looking deck when there are so many things that can be done about it. By adding some outdoor furniture, composite decking, planting some flowers and other decorations on your deck, you can get it looking better than most new decks that come straight out from the factory.