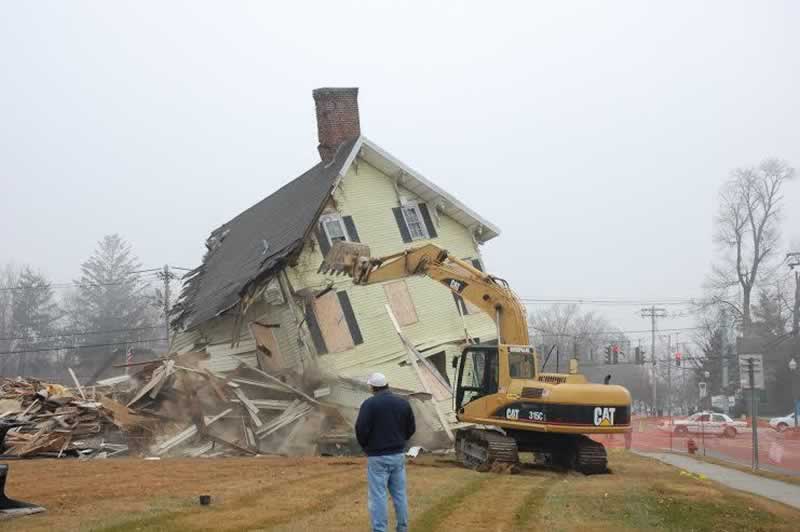 In order to do that, however, it will be helpful to have a definition of both.

What are residential and commercial demolitions?

Demolition broadly falls under two categories: selective demolition in which only portions of a structure are demolished, and total demolition, in which the entire structure is demolished. Both commercial and residential demolition can be selective or total. The difference between the two can be found in the type of structures being demolished. Residential structures are meant to be lived in and usually refer to structures that house 1-4 families. Commercial structures, on the other hand, are either used for business, or house larger numbers of people (5+ families).

One of the key differences between commercial and residential demolition is how permitting is handled, and which by-laws govern how buildings can be demolished. For selective demolition in a single-family home, for example, few people will need to be alerted of the project – though neighbors should almost always be alerted as a courtesy. In commercial demolition, however, even selective demolition can have a huge impact on other businesses or families using a space. As such, there can be stricter rules dictating who needs to be informed of a commercial demolition project and at what hours the project can take place. We can’t tell you everything you need to know about the laws and by-laws that govern demolition, of course – those vary from area to area. You might hear a very different story from commercial general contractors in Albuquerque than you would from contractors in Fargo! 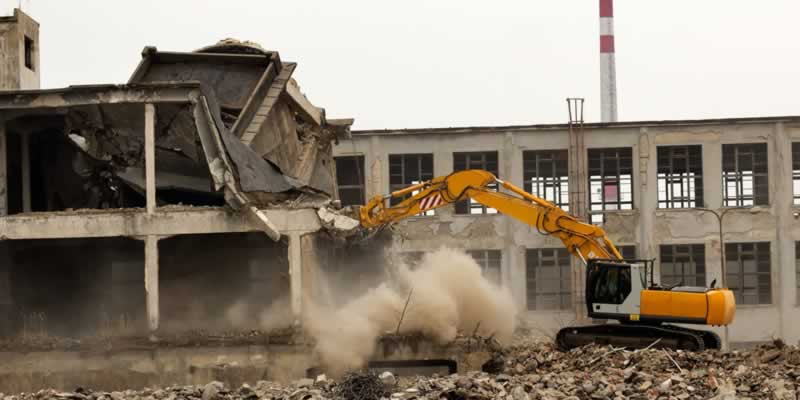 The most obvious difference between commercial and residential demolition is the size of the buildings. While there can be some overlap, commercial buildings tend to be much bigger. As you can imagine, demolishing a building like a skyscraper takes specialized tools that simply wouldn’t see use in a smaller scale demolition. In the demolition of larger buildings, huge pieces of machinery, and even explosives, may be used. Conversely, when smaller, residential buildings are being demolished, care is taken to create as little impact on the surrounding area as possible – and that includes the use of techniques that make far less noise.