Be in a Treehouse: Design/Construction/Inspiration

The book from Pete Nelson, the world’s best-known treehouse designer and builder, Be in a treehouse is here to ignite your imagination. His new book is a comprehensive source of inspiration and practical information about treehouse design and construction. Pete shares the basics of treehouse construction with his own recent projects from the series Treehouse masters as case studies. Using photographs taken especially for this project along with diagrams, he covers the selection and care of trees, and explains the fundamentals of building treehouse platforms. 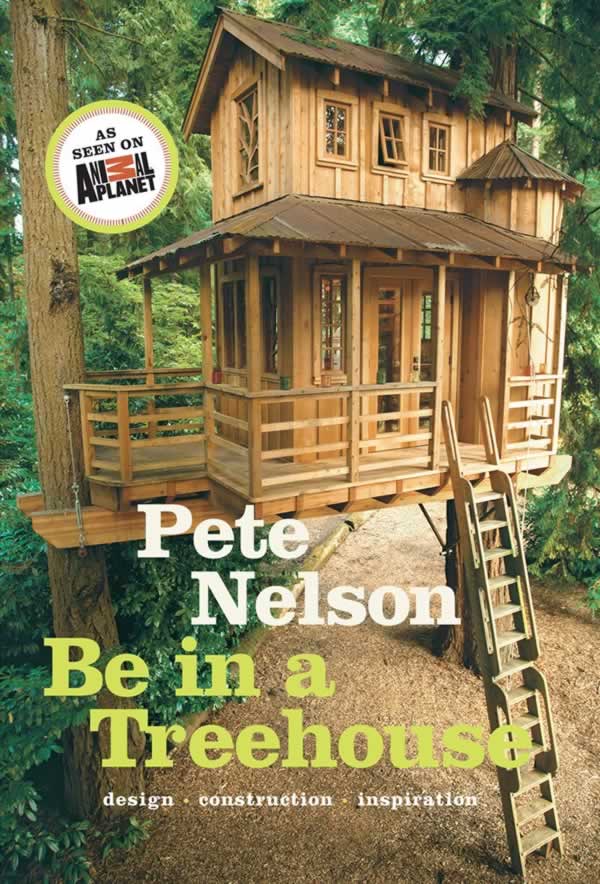 To ignite your imagination, Pete presents 27 treehouses which he built in United States, Europe, and Africa. The book will be indispensible to anyone who aspires to have a treehouse, from the armchair dreamer to the amateur builder and even to the professional contractor. 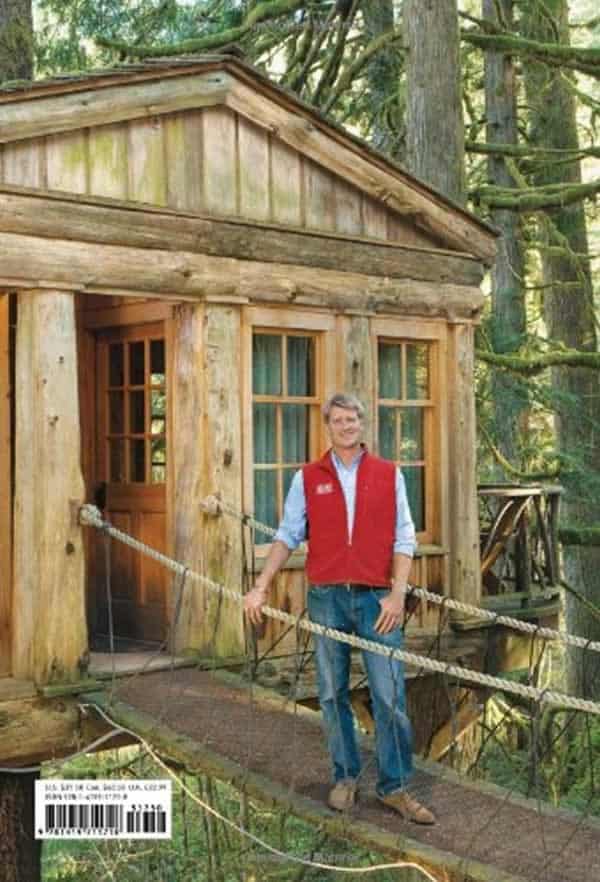 Pete Nelson,  the host of the Animal Planet show “Treehouse Masters,” runs a custom treehouse building and supply company in Washington State. He and his family also own Treehouse Point, a bed and breakfast built high in the air. This is the third book from Pete Nelson and the previous books were Treehouses of the World (2004) and New Treehouses of the World(2009). “Treehouse Man” Pete Nelson first earned his name designing and building this elevated architecture near his Washington state home. Since then, his reputation has gone national. Not only has he received been commissioned to create houses on both coasts and he has become a reality TV star on Animal Planet’s “Treehouse Masters”. In Ultimate Treehouse, he justifies all the accolades with a fascinating world tour of these arboreal abodes. This hardcover is full of instructive information on the finer details of treehouse design and construction, but its abundant illustration never let you forget the primordial magic of these branch concealed hideaways. 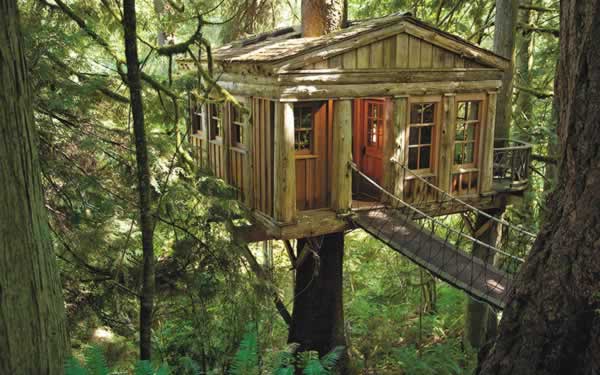 Treehouse Masters has viewers climbing to a majestic world up in the treetops with visionary and tree whisperer Pete Nelson as he designs private escapes for those with a passion to reconnect with nature and awaken their inner child. Designing multi-bedroom dream tree houses complete with functional plumbing and electricity to simple, one-room lofts, Pete goes out on a limb to create breathtaking realities for a host of clientele. However, creating these fantasy arboreal homes doesn’t come easy. Pete and his team of designers and carpenters, including son Charlie, must endure Mother Nature’s shifty antics, dangerous construction equipment and dizzy heights in order to build these sanctuaries. Get a glimp of Treehouse masters in a video below.

Be in a Treehouse: Design/Construction/Inspiration is a comprehensive source of inspiration and practical information about treehouse design and construction. It covers the basics of treehouse construction with recent Petes’ projects as case studies. Using photographs taken especially for this project along with diagrams, Pete covers the selection and care of trees, and explains the fundamentals of building treehouse platforms.

Nelson’s treehouses are elegant feats of architecture that come equipped with ziplines, fire poles, swings, rope bridges, and electricity, plumbing, wet bars and fireplaces. He even built what may be the first treehouse for dogs. To browse through Nelson’s book is to fantasize about life in midair. The book also  includes a How-to section for do-it-yourselfers who don’t want the treehouse from their dreams stay only a dream.