Who Invented the Bidet?

The bidet has been around since the seventeenth century, and functions to promote personal hygiene after using the bathroom. It is especially useful for those with disabilities or difficulty with mobility, as it washes areas which can be hard to reach or see, such as the inner legs, genitalia, buttocks, anus and perineum. Traditionally, a bidet was kept in the bedroom, before the days of indoor plumbing, near the bed and chamber pot. 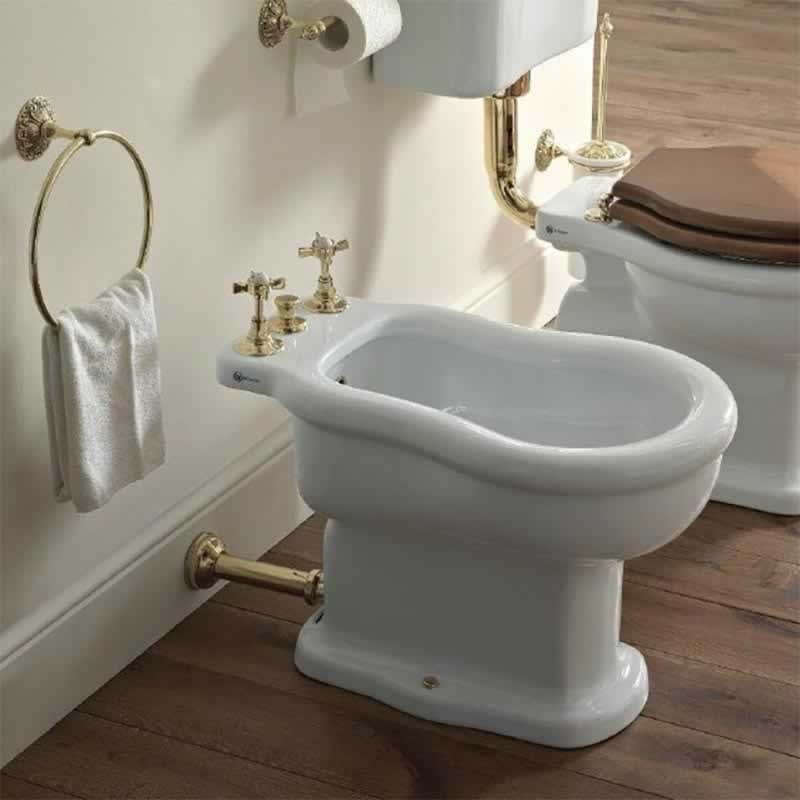 It has since become a widely used fixture in many European bathrooms, but the question still begs – who claims this sanitary innovation? The answer is frustratingly absent to modern knowledge, but historians can place the original place of its invention to France in the seventeenth century.

What is a Bidet?

A bidet is a low mounted type of sink or fixture, on which one can straddle to clean private areas around and between one’s legs. Its name comes from the French word for ‘pony’: ‘bitet’. It was named this for the posture one adopts when using the fixture, which resembles mounting a saddled pony. A bidet was also referred to as a ‘trot’, again for the semblance to riding a pony, and they were initially used in palaces and noble houses throughout France.

History of the Bidet

It was originally constructed by French furniture makers in the seventeenth century, with the earliest known record of its mention appearing in the 1700s. The proposed use for the bidet was as a sanitation device, as well as a form of contraception. The French considered using the bidet the most civilized way to prepare for sex, and to reduce the risk of pregnancy and transmission of sexual diseases – although this method has been entirely debunked by modern experts as a safe way to avoid both pregnancy and STIs. The bidet did not become more prevalent in other countries like Italy until the eighteenth century, although with more adaptions and improvements in the modern age they have become integral aspects of the bathrooms in many cultures.

There are lots of different forms of bidet, and its evolution and diversity are attributed to many different people across the world, each contributing to the bidet as a larger concept, but without a singular identity to claim ultimate ownership. Some bidets are most simplistically and compactly a small shower head attached to the wall, similar to that of a kitchen sink detachable nozzle sprayer. These are common in countries that consider anal cleansing after defecation a necessity, though risks include wetting clothing by accident with careless use. The most traditional bidet model is the conventional stand-alone bidet, resembling a small washbasin to straddle and cleanse yourself. The final type of bidet is the previously discussed add on bidet – fairly common as it is both space and water saving for modern users. Sometimes only one nozzle will appear on the toilet, but there are examples of three jets used for different areas. These attachments can be automatic or manual by turning a knob or lever on the toilet itself. 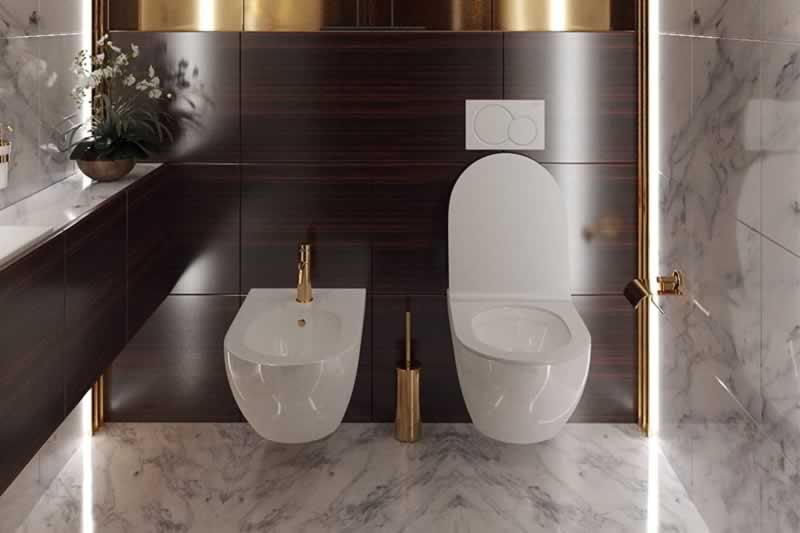 Geographical Popularity of the Bidet

Places like Japan have embraced bidets as a normalized aspect of bathrooms, though these usually appear as an integrated function of toilets rather than the conventional bidet. Japanese culture is focused on good hygiene routines, and the bidet is a perfect example of clever engineering to integrate bidets into the bathroom experience. In Middle Eastern regions, bidets are often found in the shower head variety, called ‘shattaf’, as in Islam there are strict rules concerning defecation, one of which being the area must be cleansed with water. America is one of the few places where bidets are a rarity, as although an American business known as ‘The American Bidet Company’ attempted to popularize them in the mid-1900s, their proposed structure was expensive and required floor space. However, bidets are becoming more prevalent amid the older and disabled community as it allows them to use bathrooms more independently when otherwise assistance would be needed. The most common appearances of bidets are in European countries, with Italy and Portugal having bidets in over 90% of households.

Environmental Influence of the Bidet

The bidet is praised for its impact on reducing the need of toilet paper, and experts have concluded the water used by using a bidet is much less compared to the water used in the manufacturing of toilet paper – estimating about fifteen million trees could be saved each year if the US switched to bidets. The bidet is a fantastic invention for a myriad of reasons: making hygiene a more accessible and easy standard to maintain, promoting healthy habits, making those with difficulties able to have a more independent experience with self-washing. We hope this article satisfied your interest with one of the most useful inventions for human hygiene and comfort.