Most commonly used thermal insulators or heat resister in construction

The thermal insulators for the construction, especially those that are going to be placed in the outer envelope of the building, have to be chosen with care since a correct choice later can be an energetic saving. The thermal insulation, well chosen, designed and placed can reduce by half the heat losses through the building envelope, which increases the savings in the medium and long term. 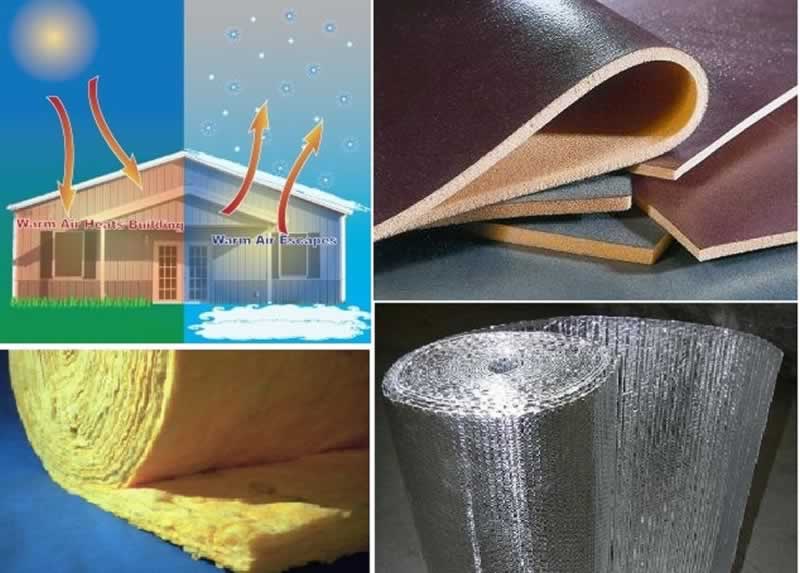 It must be borne in mind that a thermal insulator should not be chosen solely for its insulating capacity, there are other factors to consider such as environmental performance, fire resistance or price. The price of the different types of thermal insulation is fixed by the supplier according to several factors, such as the thickness of the pieces, their quality, and other characteristics. There is a wide variety of thermal insulators in the market and you can check them on ADL Insulflex online. The most commonly used thermal insulators in construction are described below:

The raw material of this thermal insulator is petroleum, although it admits recycling. In the construction it is used mainly in floors, facades, and roofs, as well as included in the floors (polystyrene vaults), being one of the thermal insulation most commonly used in construction together with extruded polystyrene and polyurethane foam. It is a lightweight granulated material and is not water resistant.

The chemical composition of this material is almost identical to that of expanded polystyrene, it also comes from petroleum; however, it uses gas as a blowing agent in its production, instead of water. This means worse environmental behavior, but this agent gives it the ability to get wet without losing its properties. Precisely this resistance to water allows its placement on top of the waterproofing on flat roofs, protecting it and extending its useful life, which gave rise to what is known in construction as “inverted roof”. It is also used on inclined roofs, in cold rooms, floors, and facades. Like the previous one, it is a material of great lightness, but of smooth cut.

Its raw material is oil. Like the previous one, polyurethane foam uses gas in the process of obtaining it and is resistant to water. It achieves the maximum level of insulation with the minimum thickness and its use in construction, in facades, is economical and simple, largely because, when projected, it does not require prior plastering. But we must not forget that, like polystyrenes, it does not have an ecological character, nor is it recyclable.

Rock wool is mineral wool. To its insulating capacity is added the advantage of being a non-combustible material that maintains its properties intact at temperatures of up to 850ºC. However, it has a great environmental impact because it requires a lot of energy for the fusion of its raw materials, which are blast furnace slag, volcanic rocks, and binder.

Like rock wool, glass wool is also mineral wool and also requires great energy for the fusion of its components. It is obtained from the fusion of quartzites, limestones and siliceous sands, recycled glass, and binder. This fusion is necessary to obtain it, and therefore it has a bad natural degradation, although its recycling is possible. Glass wool is light, non-combustible, withstands temperatures of up to 230ºC, and repels water.

The insulating clay is a ceramic material that is obtained from the firing of clays with added cereal husk. Blocks of great thermal inertia, also known as Thermoarcilla blocks, are obtained. Its recycling is possible through the final trituration of the pieces and its environmental impact is limited to the energy needed for cooking in the manufacturing process of the pieces.

Lightweight concrete is basically concrete that in its composition has an expanded clay, or another lightening, instead of gravel. This type of concrete has, therefore, less environmental impact than traditional concrete. It is also a good thermal insulator, its alveolar structure of micro air cells give it this property, which added to the strength of the concrete, makes this product suitable for use in construction, allowing many variants. It is used both in factory/partitioning, as in floors and ceilings. 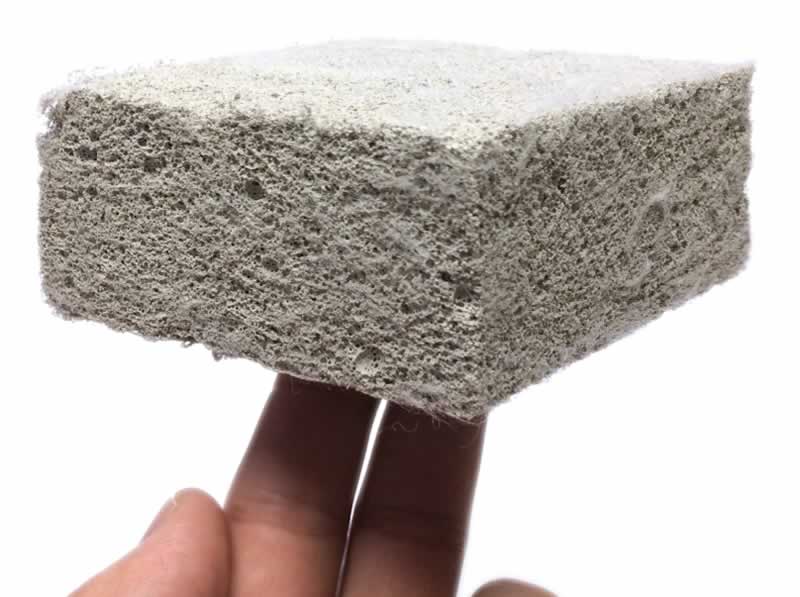 To a lesser extent than the previous ones, the following materials with thermal insulation properties are also used in construction:

To obtain the cellular glass, also known as glass foam, the same raw material is used for the manufacture of glass but adding a foaming agent that confers its thermal insulation properties.

It is obtained from the bark of cork oak and is agglomerated with its own natural resins. Its production is small. It is a renewable substance, with very low energy expenditure and very good natural degradation.

It is obtained from wood waste. It has a high density and its energy cost is low. It is a good insulator, with low thermal conductivity. It is also recyclable and reusable for combustion.

It is obtained by amalgamating with cement timber or chips of waste wood. It is a material with good environmental behavior, but it is not recycled, and its thermal insulation capacity is small.

It is obtained from the natural agglomerate of wood, giving rise to remains of shavings. Without additives, it is recyclable and renewable. It has high thermal conductivity, and therefore offers low thermal insulation.

Hemp fiber is a little known, renewable, sustainable and low energy cost material. It is manufactured with different types of cannabis. It does not carry additives; it is combustible and has high thermal conductivity such as wood shavings.

Flax fiber gets its name from the raw material, flax, used to obtain it. Like hemp fiber, it does not have additives or environmental impact, being totally sustainable. It also has high thermal conductivity, like the three previous ones.