The Hidden Dangers of Smoke Damage

While fire damage, such as blackened walls, deteriorating masonry and charred furniture, cannot be hidden, some are hard to spot. Generally, fires often cause damage through smoke, soot, and heating, which melts metal and plastic. That aside, the process of extinguishing fire involves breaking windows and doors to provide access and pouring large volumes of water and fire-fighting chemicals to put out the flames, which result in visible and unseen damages. 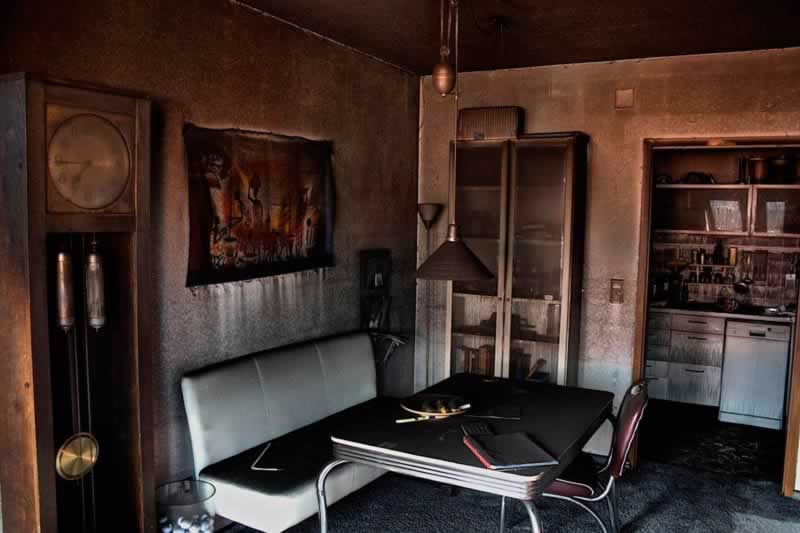 That said, below are some of the hidden dangers associated with smoke damage.

Leftover smoke after a raging fire goes beyond being smelly and unsightly. Exposure to smoke and soot is a serious health threat, especially to children and the elderly, as they have weak immune systems. What makes smoke and soot a health danger is incomplete combustion that occurs during a fire outbreak. Waste products, be it solid, liquid, or gases, contain various chemicals harmful to human health.

That aside, modern structures are made up of several chemicals, including foam, plastics, fabrics, synthetic fibers, wool, wood products, and asbestos materials, all of which can release dangerous chemicals when exposed to fire. That said, below are the primary health effects of smoke;

Fire releases tiny and invisible particles into the air as part of smoke and soot. These particles are significant air pollutants that irritate the lungs and can expedite the development of asthma, especially in children. For those with asthma, smoke and soot lower indoor air quality, increasing the risk of developing complications.

Inhaling particles amidst the raging smoke and soot inflames the airways. This may cause lifelong difficulties in breathing in some people, especially firefighters with continuous exposure. Smoke and soot particles may be hidden in kitchen cabinets, HVAC systems, and closets. COPD increases the risk of developing lung cancer and heart complications.

As mentioned, chemicals from burned materials contaminate the smoke and soot even after the fire has been extinguished. With prolonged exposure, these chemicals can cause serious eye and skin irritations. That said, watch out for itchy, watery, and red eyes after a fire. Some people may experience dry and itchy skin.

Excessive heat from the fire can melt plastic insulators on electrical wirings, causing them to sag or break. Extreme heat can also damage electrical equipment connected to these wiring, such as fridges, stoves, and washing machines. That said, if an electrical device survives a fire outbreak, you should have it tested before using, even if smoke and soot smudges are wiped off, and the device appears new. The same applies to electrical wiring in the building, especially if water was used to extinguish the fire. Faulty electrical connections and damaged appliances can easily start another fire.

Like electrical fixtures, heat can damage plumbing fixtures, which may be made of plastic or metal pipes, even without being burnt directly by the flames. Metal pipes are the most deceitful, as they expand during the fire outbreak and contract when cooled. Therefore, while they may appear to be in good condition, seals and joints are already ineffective and can result in serious water leaks. Water aside, gas leaks are the most severe hidden danger of fire damage to plumbing fixtures. Leaking gases can start a fire or explosion. That said, if there was fire damage close to your gas systems, conduct a thorough check on your system before using it again. Note that smoke and soot can also clog filters of hidden systems that draw air, such as boilers. 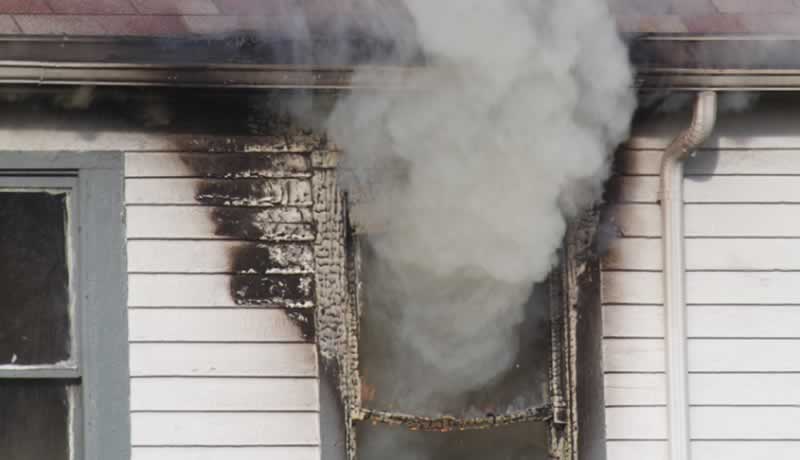 Very few structures can withstand extreme temperatures and heat caused by fire. However, even structures that can withstand extreme heat, such as steel joists and brickwork, end up being structurally compromised. Depending on the period of exposure, a slight change in the strength of your structure can lead to catastrophic events in the future. This specifically applies to crucial structural elements in the building, such as walls, staircases, and floors, which hold heavy loads.

Apart from heat damage to the air ducts, ventilation, heating, and cooling systems are also vulnerable to smoke damage. Smoke particles and other residues can accumulate in HVAC duct systems and later be redistributed into other parts of your house. Therefore, if you don’t clean your ductwork after a fire outbreak, it can harbor dangerous particles and gases, which can be reintroduced into your property after some weeks or months.

As if the initial fire and smoke damage is not enough, you have to handle the danger of resulting smoke and soot that spreads through your home. Besides being an eyesore, smoke and soot have hidden dangers that homeowners should be wary of. For better handling, you should consider working with fire damage restoration experts.