Sterilizing Your Water With UV

Americans have long been accustomed to thinking of their municipal water as being safe. It’s become so accepted that no one even thinks twice about turning on the faucet and getting a drink. If you visit someone in another city and they offer you a glass of water out of their kitchen faucet, you’d never dream of insulting them by refusing because it might be dangerous. 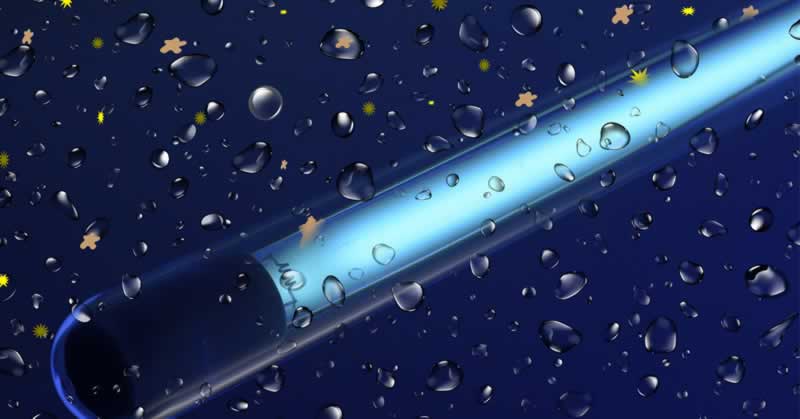 For the most part, that attitude is warranted. Water treatment plants have become a mainstay in every city and town in the country, large or small. They have to meet a bewildering array of codes and regulations in order to operate, all of which have, as their goal, the complete safety of your drinking water.

But what about the pipes?

The water that leaves the municipal water treatment plant is almost certainly 99.9% pure and clean. But what about the pipes between the plant and your house? Many of them have been in the ground for decades without being replaced and are long overdue for maintenance. How clean are they? Are there any cracks in them that would allow contaminants to seep into the water as it travels to your house?

No? That’s great.  Glad you think so. Now, prove it. Prove that your water isn’t picking up contaminants or bacteria between the time it leaves the water treatment plant and your house. The only way to prove that is to have it tested.

Water testing kits are widely available, usually from swimming pool stores. These kits will pick up large variations but they’re mostly intended to detect chlorine, pH, nitrates, and so forth. They aren’t designed to test for any kind of bacteria in the water. There are many things that can affect the quality of your water. For most of these, you’ll need to take a water sample to a professional water testing lab.

These diseases can be deadly to people with weak immune systems such as the very young and the very old. If you suspect the presence of any bacteria or pathogens that cause these diseases, you need to take immediate action to address the situation.

If you’re planning on doing any modern home improvements in the near future, that would be a good time to install a UV water filter. A kitchen remodel would be a good time to for that installation as well, since you’d already be tackling the plumbing in the kitchen; why not ahead and do it right? A UV water filter such as these at The Water Geeks will sterilize the bacteria in the water with an ultraviolet lamp. The lamp doesn’t kill the bacteria. Instead, it penetrates and alters the DNA of bacteria and other microorganisms in a process known as thymine dimerization. It deactivates them and renders them harmless. They can’t infect you or reproduce.

Basically, it castrates them. They’re neutered and turned into bacterial eunuchs. A suitable end for those nasty little critters. Once the water has been disinfected by the UV lamp it proceeds on into your house and is distributed as normal. Please note, however, a UV lamp won’t work well in murky, cloudy water, nor will it take care of non-organic contaminants. If you have those problems with your water, a reverse osmosis filter, put in place to treat the water before it reaches the UV filter, would be a good idea.

Price Is A Consideration

UV water filters can cost $1500 and up. They normally have 5-10 year warranties but the initial cost is a factor that needs to be considered and become part of a larger home improvement project.