How to Prevent Creosote Buildup & Avoid a Chimney Fire

Creosote is a highly flammable tarlike chemical that infiltrates your chimney liner each time you burn wood. Your chimney and its liner’s main function are to carry dangerous flue gases effortlessly out of your home. If your liner has a large amount of creosote buildup, it cannot properly ventilate and poor ventilation can lead to structural damage and more importantly, to a deadly chimney fire. You need to work with a company that offers annual inspections, as well as cleanings. Whether you live on the east coast and need a chimney cleaning in Hartford CT or you live in Arizona, it’s always smart to ensure your chimney is safe this winter. 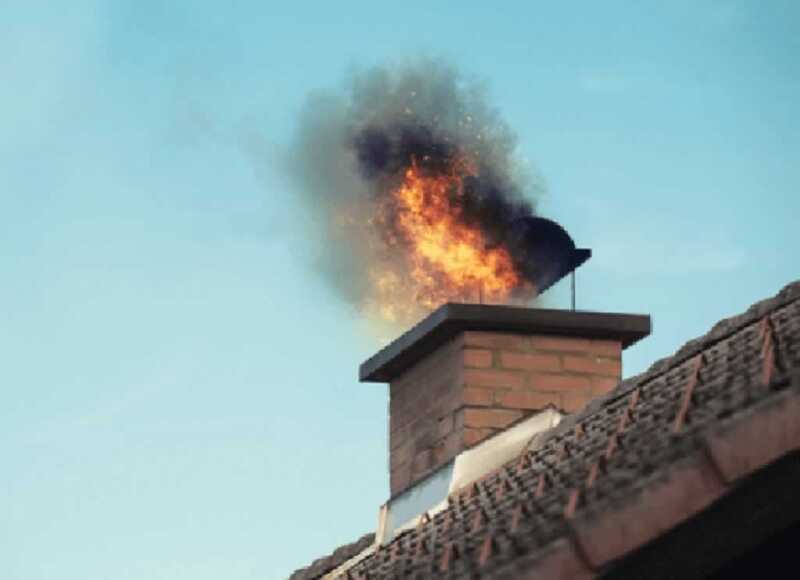 Chimney cleaning is a crucial aspect of the overall health of your roofing and HVAC systems, in which a poorly maintained chimney may compromise the function and lifespan of your rood and furnace. It is also known as chimney sweeping, which is the process of identifying and repairing structural weaknesses, removing debris that may be blocking your chimney, and removing the deposits that accumulate in the hard-to-reach areas within the ducts, the flue, and the chimney walls. Creosote deposits form when the smoke ascends through the chimney then cools and condenses, leaving a hazardous residue.


The National Fire Protection Association (NFPA) recommends that your chimney should be inspected annually to determine if the creosote in your chimney has reached dangerous levels that could cause a chimney fire. Creosote has three distinct stages, and as each stage increases, it becomes much more difficult to remove from the flue.

Stage 1: First-degree creosote is ashy soot. This is the easiest form to remove from your chimney and a Caps & Damper professional can perform a chimney sweep to effectively remove the soot.

Stage 2: Second-degree creosote generally consists of black flakes that contain hardened tar. This is difficult to remove, but important to have it professionally scrubbed away immediately to prevent further damage and buildup.

Stage 3: Third-degree creosote is the worst stage of all because it means there is a thick and highly concentrated coat of tar running down the inside of your chimney. If your chimney gets to this stage, it may require a new liner. A Caps & Dampers professional will recommend your best option. 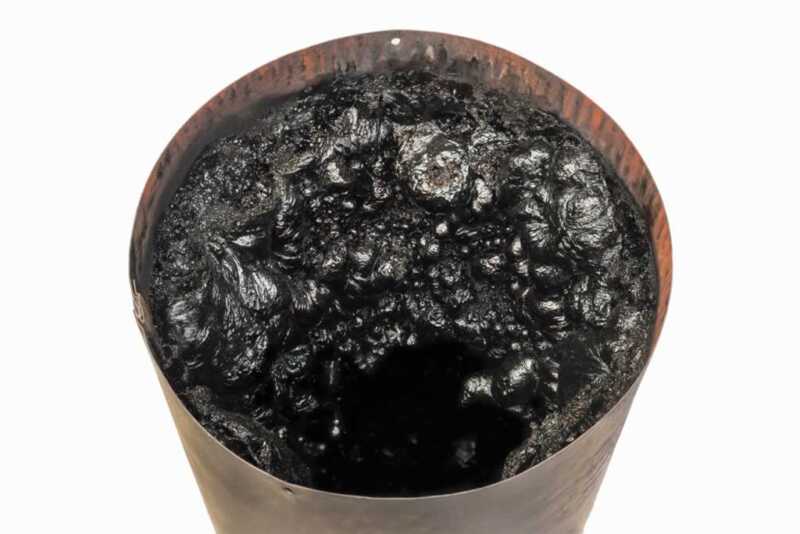 Creosote can also cause harmful fumes, including Carbon Monoxide, to seep into the home and cause poising or fatalities. Carbon Monoxide is an odorless, colorless gas that forms by the incomplete combustion of fumes. A proper chimney cleaning will prevent any dangerous substance from increasing to hazardous amounts and allows your chimney to operate and ventilate cleanly and efficiently.

How to Further Prevent Creosote Buildup:

Be safe and improve the performance of your fireplace, woodstove, or any other form of chimney system by burning safe and smart fire and by scheduling a chimney cleaning appointment as soon as possible.

A chimney cap or fence helps prevent unwanted animals, leaves, and other elements in your chimney. Dried leaves, twigs, and bird’s nest are flammable, which may lead to a chimney fire. Because birds tend to inhabit the chimney in order to get rid of predators’ eyes, you can install a chimney cap to avoid these unwanted animals living permanently in your chimney, laying their nest and eggs, and totally ruining its structure.

Using dry, seasoned wood is an excellent wood to start a fire. On the other hand, wet wood burns gradually and slowly, which creates more smoke. The smoke condenses on the chimney which then leads to creosote buildup in your chimney. That’s why you have to use wood that is dry and seasoned for six months or even longer.

Small fires are easier to control and safer than large fires. If you want to prevent creosote buildup, then you need to build small fires that burn well. A fire that burns brightly tends to produce lesser smoke and soot, reducing the element buildup inside your chimney. Creosote and other elements are fire hazards.

Don’t use a combustible material, paper, or flammable liquid to start a fire. A serious disaster could result when the flames get out of hand quickly. Avoid burning garbage, plants, paper, wrapping paper, or Christmas trees in your fireplace. These things can float up to your chimney, igniting creosote deposits that could lead to a chimney fire.

Air supply restriction to your fireplace promotes creosote formation. Ensure that your fireplace damper is totally open to improving ventilation. You can leave your glass doors open for an adequate supply of air while your fireplace is being used.

One excellent way to prevent fire is by using a chimney liner since it reduces chimney fire. It promotes improved airflow and provides a great exhaust passage for gases. This fire safety feature also protects the structure of your chimney to avoid exhaust fumes and excessive heat. Also, your chimney and fireplace are easier to maintain and clean.