What Makes Oklahoma a Good Place to Live?

Finding the right place to settle down in can be an extremely scary prospect. Living in a location is usually a long-term decision, and once the choice is made, it is extremely difficult to back out. While some people may want to live in a large metropolitan area, locations like that aren’t really for everybody. One extremely underrated place to live in the U.S is Oklahoma, a state that has a lot going for it. So what makes Oklahoma such a good place to live?

Let’s explore all of the benefits that you can gain from settling down in Oklahoma.

One of the main reasons to move to Oklahoma is for the state’s extremely low cost of living. Oklahoma is ranked as one of the cheapest states to live in, acting as a major positive for residents. Moving to Oklahoma won’t bring on any extra financial burdens, as housing prices are exceptionally low, allowing you to purchase one of the Oklahoma City houses for sale for an extremely reasonable price. However, housing isn’t the only thing you’ll save on if you move to Oklahoma, as things like transportation and groceries are also much cheaper in the Sooner state. If you want to live in a state that won’t cause you to spend the vast majority of your paycheck on amenities, then you should seriously consider moving to Oklahoma.

Another major positive of living in Oklahoma is the lack of traffic and crowds. Oklahoma doesn’t have that large of a population, ranking in the lower half of population numbers for U.S states. While some people may believe that this is a bad thing, it does bring about many positives. First, you won’t really experience any major traffic jams while living in Oklahoma. The population isn’t booming like it is in bigger states, meaning you don’t have to worry about running into traffic on your evening commute. In addition, you won’t really have to worry about large obnoxious crowds when you go out in Oklahoma, as there simply aren’t that many people. If you’re someone who enjoys their peace and quiet, then Oklahoma could be a fantastic destination for you. 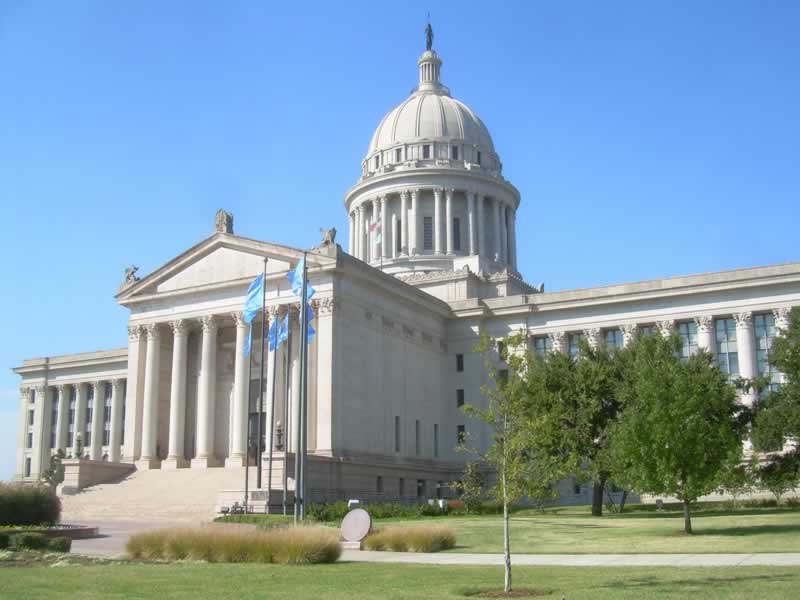 Oklahoma isn’t home to many major metropolitan areas, and as a result, there are many open natural areas in the state. Sometimes, being stuck in a concrete jungle like New York or L.A. can be suffocating and restrictive, and you may just want to be somewhere that’s out in the open. Thankfully, Oklahoma can provide you just that. The state has plenty of open rolling hills, something that is extremely gorgeous to look at. However, although these open areas can allow you to get out and enjoy nature, they are not conducive for hikes as they are not mountainous. That being said, Oklahoma still provides more outdoor space for residents to escape to than some of the more populous states in the country.

One of the best things about living in the Sooner state is the stable economy. Traditionally Oklahoma has been considered a state built on the oil industry, but that isn’t necessarily the case anymore. Plenty of major corporations that aren’t in the oil industry call the state home, providing plenty of job opportunities for residents. In addition, the state’s extremely low cost of living makes it a great place to start a business, something that is reflected by the rise of start-up companies in the state. Not to mention that residents don’t have a massive worry if their income dries up for a small period of time, as the state’s low cost of living provides a solid and stable cushion. If you want to live in a state that has a strong and stable economy, as well as many job opportunities, then Oklahoma is the way to go.