New air conditioning technologies are rapidly being developed as older style air conditioning systems become outmoded. These new innovations in AC design include more energy-efficient systems that rely on simplified mechanical designs. These newer systems also use natural cooling methods, like water-evaporation techniques, instead of chemical-based refrigerants that have the potential to harm the environment. 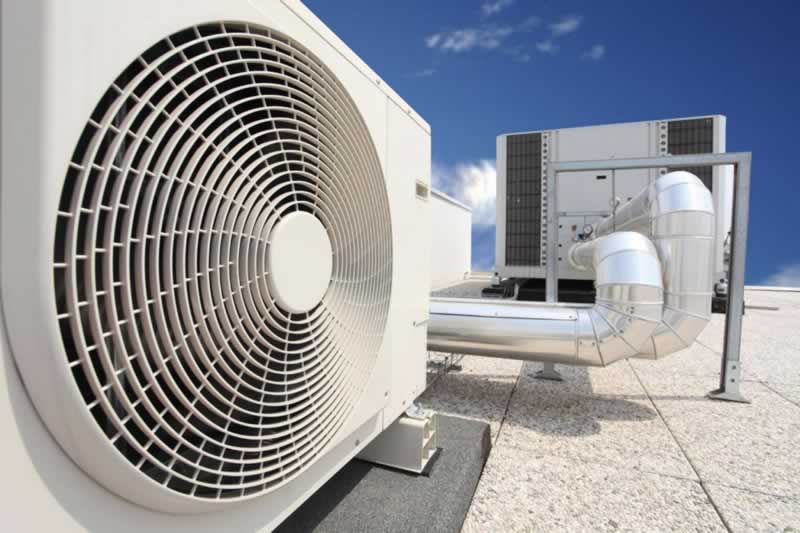 To help keep you abreast of the new development in AC systems, we have an interview with Jesson from royalrefrigerationllc.com/air-conditioning/, and he guided about are six new air conditioning technologies to keep you cool:

While originally designed to circulate warm air, heat pumps have become more widely used for cooing as well as heating your home or office. The advancements in heat pump technologies now allow for the replacement of potentially harmful chemical-based refrigerants used in standard air conditioning systems. Additionally, a simplified mechanical design, built with fewer moving parts, has resulted in the new heat pump technology being much more reliable and energy-efficient than older heat pump technology.

The new “slim” technology uses the same principle employed in newer smartphones that make the devices thinner, lighter and much more efficient. Because the new heat pumps do not use old-style refrigerants, there is no need for recharging the system and much less risk to the environment. Because newer heat pumps take up significantly less space than the older models, these units can be installed in areas too small for larger conventional HVAC systems.

Water evaporation works through natural ventilation. New techniques, called membrane-based air conditioning, make use of nozzles to moisten materials, such as ceramic pads, that hold water. The thermodynamics causes the cooler air to moves downwards as the water absorbs heat from the air. This is the same basic principle used in swamp coolers, but with much more efficient results.

Another new innovation in water evaporation cooling is a multi-purpose technology that uses air conditioning, water heating, and a dehumidifier to maintain an ideal level of humidity to both cool and prevent molds from forming. The energy that is released during the dehumidification cycle is used for heating water. Both these systems are being used in the development of new rooftop air conditioners, and water evaporation systems also work without the need for potentially harmful chemical refrigerants. These AC systems have the potential for reducing energy consumption by as much as 50 percent.

While advanced heat exchangers are not currently in widespread use, these units can both increase your current AC unit’s efficiency and reduce overall energy costs. The technology behind an advanced heat exchanger boosts the efficiency of your traditional AC unit by reducing the potential for refrigerant leaks. This is accomplished by reducing the number of joints in the HVAC cooling system components by as much as 90 percent over traditional heat exchange units. Because most of the refrigerant is lost in these system joints, this also vastly reduces the potential for chemicals entering the atmosphere.

Energy storage takes advantage of available resources and uses what is called “low grade” or “waste” heat. This is heat that is produced by other appliances that use energy and then recovered. This recovered thermal energy can then be used for powering other appliances, such as HVAC systems and known as GLIDES, Ground Level Integrated Diverse Energy Storage was designed by Oak Ridge National Laboratory in Tennessee to reduce CO2 emissions and has the potential to improve HVAC performance by as much as 35 percent.

While being highly effective at storing heat, materials like concrete are estimated to produce as much as 10 percent of the entire world’s greenhouse gas emissions during manufacture. However, new hybrid materials, such as those made from wood and concrete, are capable of storing heat just like standard concrete while reducing environmental impacts.

Even more impressive solutions are phase change materials or PCMs. These materials have the capacity of storing and then releasing latent heat as the material changes phase. For example, PCMs release heat when it freezes and then produces a cooling effect as it warms back up and absorbs heat. Research has found PMCs can reduce the internal building temperatures by over 40 degrees Fahrenheit when used in conjunction with an AC unit while reducing energy bills by over 25 percent.

Also referred to as movement-activated, sensory AC systems are designed to follow you when you move throughout a building. The system was designed at MIT and uses motion sensors that detect your movements and turns the AC on and off as needed by tracking both your speed and location. This type of system has also been referred to as “cloud cooling,” as it only cools the areas being occupied at the moment, instead of cooling the entire building and wasting energy cooling unoccupied areas. While sensory AC is still in its infancy, this is one of several examples of how new AC technologies are becoming more energy efficient.