Internet of Things Threats and Risks to be Aware

The term Internet of Things was first brought to light in 1999 by Kevin Ashton, a British technologist. The term refers to all physical elements embedded with sensors and other technologies connecting people and other elements. When Kevin Ashton came up with the concept of IoT, people thought it was just but many of the kinds of stuff that we see in science fiction movies. However, IoT has gained relevance over the years, and thanks to communication technologies and data analytics, it is no longer a dream but a reality. The IoT will continue to be dominant in the future. A report by Business Insider predicts the number of IoT devices to hit 41 billion by 2027. 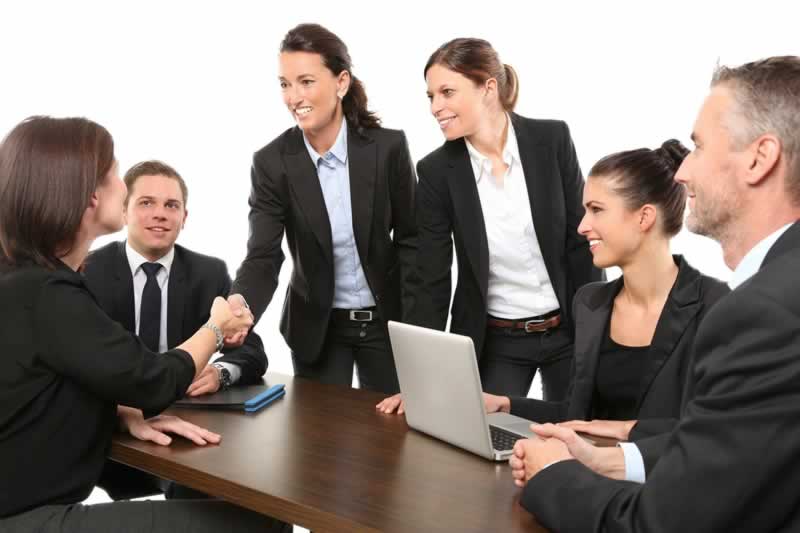 Although many benefits have come with IoT technology, Its adoption has also created the internet of things threats. Risks of the Internet of Things such as DDoS attacks, Ransomware, and social engineering attacks usually target sensitive user data. Attackers typically try to exploit the vulnerabilities in IoT devices to execute dangerous attacks. This article examines the IoT security threats that you must know of.

A botnet refers to a collection of private computers belonging to an organization that has been infected with malware and controlled as a group without the knowledge of the owners or IT experts.  Botnets act as weapons that cybercriminals use to break into target systems and distribute malware. Hackers use the command-and-control servers technique to control botnets, steal sensitive data such as banking information, health records, and many more. They can also use the botnets to execute sophisticated cyber attacks such as Distributed Denial of Service attacks and social-engineering attacks. The Mirai Botnet is a perfect example of how dangerous IoT botnets can be. It is the main culprit that has infected over 2.5 billion devices, including smart cameras and routers.

Distributed denial of service attacks is one of the biggest challenges that affect the internet of things. DDoS attackers take advantage of the limited IoT resources, limited storage, and ill-preparedness of businesses to deal with DDoS attacks. As a result, DDoS attacks usually come with severe repercussions to your system components and devices. Hackers use DoS and DDoS attacks to slow down networks by overwhelming them with traffic. But, in the end, they tarnish the reputation of the victims and drive away clients. IoT DDoS can thus ruin business reputations, affecting their flow of revenues.

A man-in-the-middle attack is where a hacker tries to intercept communications between two ends, such as website servers and web browsers, to steal sensitive data or distort the communication between the two ends. It is one of the most dangerous attacks because a hacker poses as a legitimate source of communication. From the internet of things perspective, imagine a scenario where a malicious intruder intends to fake temperature data by monitoring factory tools to force factory machines to overheat and stop all production processes. Such a case could potentially lead to physical and financial damages to the organization. There have been several cases where the internet of things devices have fallen victim to man-in-the-middle attacks. For instance, the hacking of Jeep Cherokee caused a major recall by Chrysler Corporation. So imagine what could happen when hackers can access basic car functions such as brakes, acceleration, and steering.

Although significant milestones have been made to prevent man-in-the-middle attacks, the IoT-related attacks landscape is still lagging. We have seen SSL certificates such as Multi domain SSL, wildcard SSL certificates, and many other types created to encrypt data and stop data intrusions in server-browser ends. Businesses make use of multi domain SSL certs to encrypt multiple FQDNS. It is high time we applied similar solutions to the IoT landscape.

Beware! Identity and data thefts in IoT devices are now rampant than ever before. The tricky thing with the internet of things devices is that we often carry them around. For instance, we take them to social places and use them in front of strangers. Today, it is not a strange thing to watch someone type their passcodes or PINs. You can easily memorize their PINs simply by looking at their pattern. Take a fitness watch as an example. It carries a very sensitive user name, date of birth, address, credit card information, and health details. If any of these details land in unsafe hands, they could bring havoc. The more connected the tech world becomes, the more valuable the data becomes for opportunistic hackers. Hackers can use stolen information to fulfil their malicious intents, such as executing sophisticated identity thefts.

Social engineering attacks leverage the human factor to execute hacking threats. A hacker will lure unsuspecting users into giving out their sensitive information or disclosing essential details that could lead hackers into undertaking dangerous data breaches. Usually, social engineering attackers use phishing emails to trick victims into revealing vital information. From the internet of things perspective, social engineering attacks are more straightforward. Attackers will trick unsuspecting victims into giving out sensitive data such as Personally Identifiable Information(PII), confidential bank details, purchase inventories, and personal addresses. Upon having these details, the hacker could craft a more personalized attack using vulnerable internet of things devices. 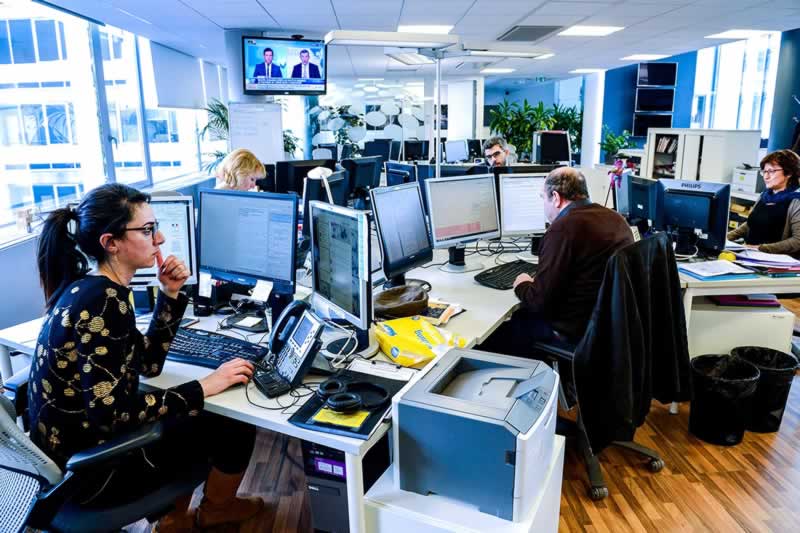 Advanced persistent threats are now a key point of concern for individuals and businesses of all sizes. It is a more targeted cyberattack where an attacker gains unauthorized entry into a network or system and stays unnoticed for a considerable amount of time. The main intention of such an attacker is to monitor the network functionalities and activities while stealing data. Unfortunately, advanced persistent threats have always proved difficult to detect and prevent. 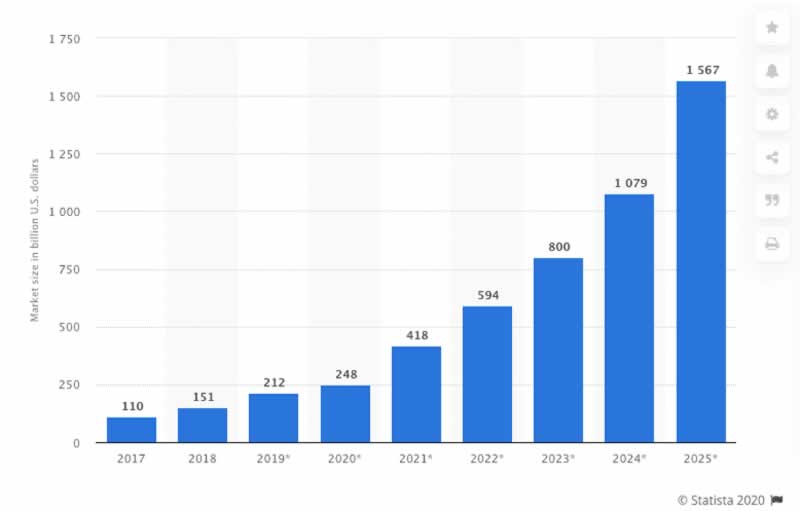 The advent of the internet of things has seen large volumes of data transferred between devices. Attackers can easily target such devices to gain unauthorized and unnoticed entry into a corporate network. They will end up stealing sensitive corporate data and use it for the wrong reasons.

Ransomware has become so rampant these days, not only in IoT but in the entire internet landscape. For example, over 4000 ransomware attacks occur daily in the United States. An Emisfoft report reveals that ransomware attacks cost victims over $915 million in 2020 alone. Hackers use the ransomware attack to encrypt data and deny users access. Users will only get back their data after the payment of a ransom. Ransomware attacks are one of the most sophisticated Internet of things security threats. Andrew Tierney and Ken Munro of PenTest Partners have demonstrated the ransomware impact on smart thermostats. Cyber attackers can now quickly turn up the thermostat temperatures and only take them to normal when a ransom is paid. An attacker can also use this kind of attack to attack a smart home and request the owner to pay a ransom to restore normalcy.

The use of internet of things devices has been increasing over time. Indeed, internet of things technology has revolutionized how we interact with devices. For instance, we use such devices to store a lot of sensitive data. This makes IoT devices vulnerable since hackers want the data they carry for their malicious purposes. This article has explained seven IoT security threats that you must know of. DDoS attacks, Man-in-the-Middle attacks, botnets, Ransomware, and social-engineering attacks are some of the IoT security threats you should know. It would be best if you also knew some of the best measures to prevent such threats.