In most of the world growing organic veggies at home, year-round isn’t possible due to changing seasons. But what if you could grow year-round in your home where the climate can be controlled and perfect for growing? Technology has stepped up and provided a solution; LED grow lights the power of the sun with a small monthly electricity cost and you will grow organic vegetables without any problems. 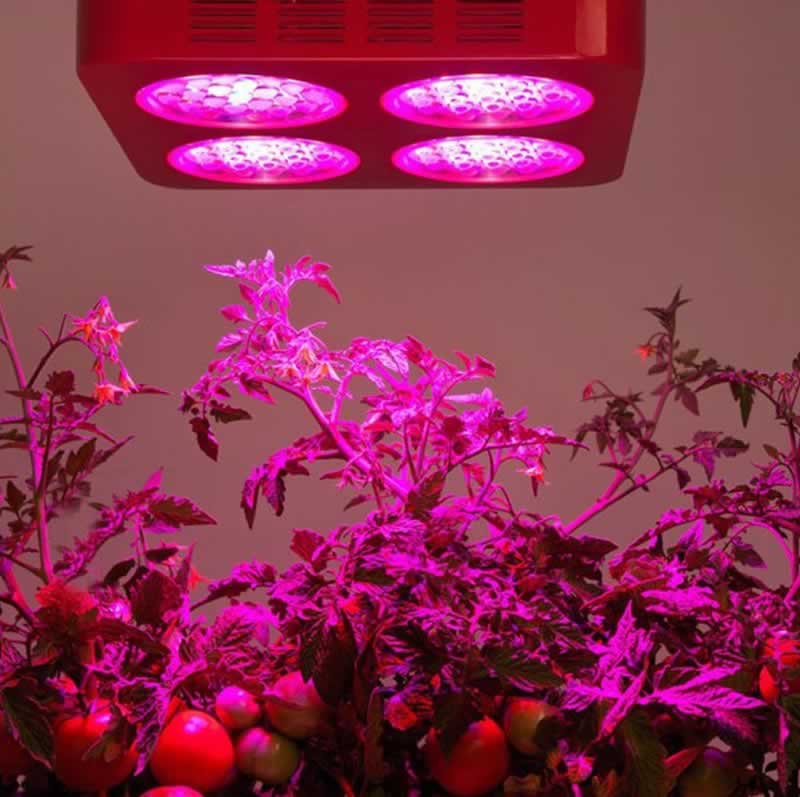 A home grower can use a small part of their home, let’s say a small room in a basement, for example, to set up an indoor garden. There are tents you can purchase if you want to close off your growing area from the rest of the house, but you don’t need to. What is important is that you have air flow and at least several feet of head space to place your LED above your garden.

Grow anything easily indoors with LED

The best LED grow light technology allows home growers to easily provide intense grow light for even the neediest plants like Tomatoes. Imagine being able to grow fat juicy Beef Cake Tomatoes in the winter for less then they cost in the summer. LED provides the intensity and light spectrums needed to grow beautiful, healthy plants indoors.

How Do LED’s work?

Let’s get into some of the technical geek speak so you understand how LED lights can grow perfect vegetables at home. Think of a single LED fixture as a unit that contains lots of tiny semiconductors. These conductors are called diodes, and their primary function is restricting the flow of electrons that pass through it when the power is on. The restriction causes the creation of light. This light is absorbed by your plants and helps convert water and carbon dioxide into simple sugars to feed the plant.

Efficiency is key because it saves you big money!

The conversion of energy to light with LED technology is much more efficient than incandescent lighting (light bulbs). This efficiency allows LED’s to produce more light than heat from the electrons flowing through the circuits whereas traditional bulbs generate as much heat as they do light. Some heat in your grow area is great for plants, but too much heat can interfere with or kill your plants. LED creates a perfect balance of light intensity while generating a small amount of heat which is just enough to keep your plants happy. 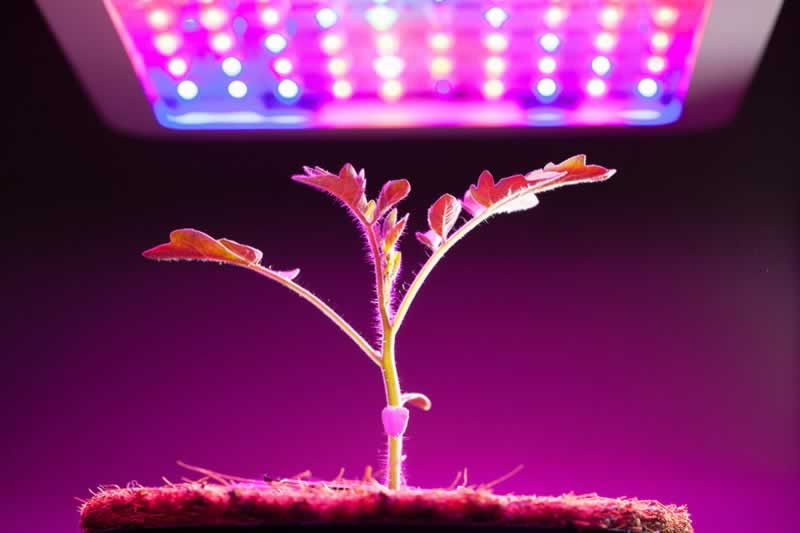 Wide-band is where it’s at for LEDs

Another critical development in LED technology is that the engineers have been able to “tune” the light produced by LEDs. By using advanced coatings over the diode, the LED’s can create different light bands or spectrums of light. Spectrums are the light colors or wavelengths of light produced by your unit. Traditional LEDs can only create red and blue light, you’ve likely seen an older LED with its creepy purple hue.

Since 2018 wide-band technology has become available in LEDs. This technology allowed the engineers to add all the spectrums of light that are used by plants between the Infrared spectrum and the ultraviolet spectrum. This light looks like light produced by your average bulb and is much better for viewing your plants in their natural state. Not only is the light easier to see your plants with, but the additional light spectrums also support vigorous plant growth and flowering.

For any novice or average home, gardener wide-band LED may be a stretch because of the increased upfront cost. Older LED grow lights are now available at bargain basement prices. A traditional full spectrum LED grow light can cost as little as $150 for a high quality 450-Watt equivalent grow light. These lights will grow organic vegetables and fat juicy fruit without a doubt.

Save more money over time with long production life

LED grow lights have changed indoor gardening forever and allowed access to many more to begin their indoor growing journey.  LED lights are a higher upfront investment when compared to traditional HPS options up front. But the substantial energy savings will start to pay dividends very quickly as LED grow lights last over 100,000 hours of grow time. Traditional bulbs need to be replaced every 3 or 5 grow which also adds expense.

When I stand back and look into my grow tent and see the beautiful organic tomatoes, plump and bright red a very satisfying feeling comes over me. Knowing that I’ve grown healthy food makes me feel more connected to the food, and I appreciate it much more than store purchased because I was the one toiling in the garden. LED’s provide us with the most significant jump forward in-home growing technology ever.