We tend to overlook just how difficult it must be to install glass in High Rise buildings. It is not as simple as just throwing the glass in, there is a strategy behind every high rise building and how to install the windows is a large part of the process. Installing windows on a high rise building is risky, and safety is one of the most important factors to consider. The installation process will include using a crane to raise the glass; installers will be waiting on structural parts to guide the panels into place. The structures used by installers may be scaffolding or an elevated mobile platform. It will usually take four people to install the windows, with two sets up inside and two outside the building. 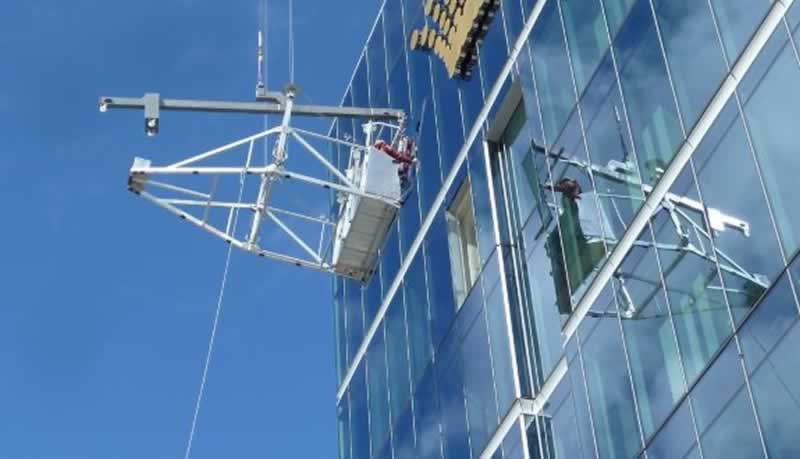 The type of window being installed will determine how the installation takes place. When it comes to high-rise buildings, the windows are usually double-paned. They consist of two glass pieces about 6mm thick with a gap of about half an inch between them. The thickness of the glass and the gap between the two sheets will depend on the building height, size of the panel, and the installation location. The glass used in a high rise building is a lot heavier than that used in a standard home. This is because the glass has to withstand far greater pressure from winds and other elements. Due to the weight and the size of panels used on taller buildings, heavy-duty machinery is often involved in installing these glass panels.

The installation of windows on a skyscraper is a very delicate job that needs to be carried out in extreme detail. The way the glass is installed and secured will determine the integrity of the building and the window itself. As windows are installed in a high-rise building, they are bolted, taped, and plumbed into position. Many forget that the elements are far more intense as you are higher up in the air. The wind speed is more incredible, the air is a lot colder, and the sun’s rays are a lot more intense when you are high up. Despite the installation of windows being such a delicate and precise job, this doesn’t make them immune to damage. Windows on a high-rise building may need to be replaced from time to time for a number of reasons.

Why Windows on a High Rise May Need to Be Replaced

As mentioned before, the windows on a high-rise building are at the mercy of the elements at a much more intense level. The higher up, the more likely they are to deal with harsh weather conditions. The rougher the weather conditions, the more likely the windows are to become damaged; these need replacing as quickly as possible for the safety of the building’s integrity. Here are some of the reasons a window may need replacing on a high rise building:


Leaks: If one of the windows is leaking, it is definitely time for the window to be replaced. This means that moisture is able to enter the building, which can result in mold or mildew. Over time a leaking window’s integrity lowers, and there is a chance it could be dislodged by the wind or someone’s leaning on it. 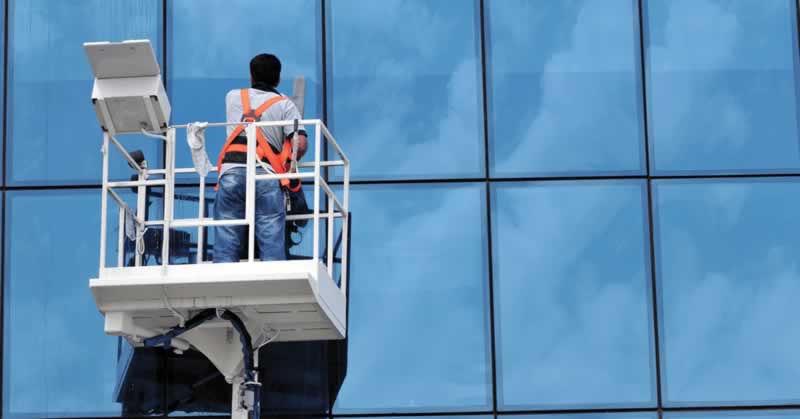 Warping: If the frame on one of your windows is warping, then it may well be time for a replacement. A warped window may indicate that water has managed to penetrate the building’s walls, and structural damage may have occurred. A crack in a window may be the reason for the moisture.Clouding: Clouding is also caused by moisture getting in between windows. If clouding is evident, it is best to have the windows replaced as a precaution. The cloudiness is caused by hot and cold air causing condensation to form. Windows on a high rise may be damaged by the elements and need to be replaced. A strong wind may blow something into the window, breaking or cracking it. Even the temperature change from hot to cold can cause the windows to crack due to expansion and contraction.

How do they Replace Windows on a High Rise?

Replacing a window on a high-rise building is done in several different ways. The most common is the use of a suction device to remove the entire pane. The window installer is raised up to the window by forklift or lowered down using a crane. They are stood on a gondola or platform that will allow them the space needed to live around safely. Once the glass has been loosened for removal, the suction pads are placed on the glass in the center to ensure the weight is evenly balanced. The panel is removed into the building if possible or attached to a crane called a glass replacement unit to be lowered to the ground. The new panel is then attached to the suction tool and raised up to the removed window’s open area. The glass is then raised simultaneously with the platform so that the installers can guide it to the correct position. They then place the new glass in the mount and attach it from both the inside and outside, ensuring its stability.

Regular inspections are essential when it comes to the windows on a high-rise building. It is best to be one step ahead of broken glass in this case. Finding out that one of the glass panels has an issue during a storm is no good as work to replace the windows can’t be carried out in extreme weather conditions. It is never a good idea to leave a broken or damaged panel of glass in a skyscraper as these plays an integral role in the overall integrity and stability of the building. One missing panel of glass could be devastating to the entire building as it will no longer be protected from the elements.