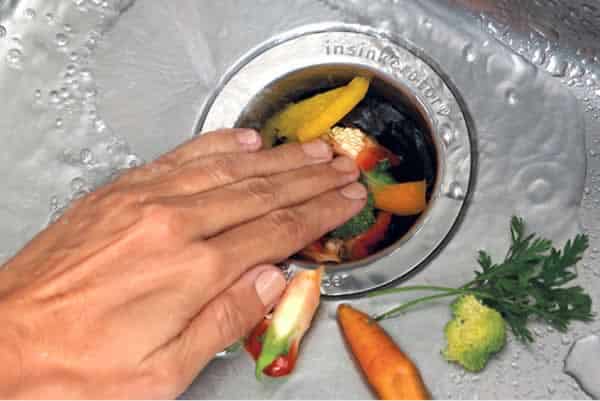 If your garbage disposal won’t even start there are three possible problems: no power, popped reset button or worn out motor. You need to first check your fuse-box or circuit breakers and if you have power there, look on the bottom of the disposer unit. On most disposers there’s a small red button, located underneath the unit or near the bottom, called the reset button. If this button is popped out, the disposal motor has probably overloaded or it has gotten too hot. The most common reasons for that are jam in the disposal or you’re leaving the disposal turned on too long. If you noticed a jam, clean it and reset the overload safety by pressing in the red button. You must hear a little clicking sound as you push the reset button, if you don’t hear it, you probably didn’t push it strong enough. Try to turn on the disposal and if it pops again your motor is probably worn out. Your best bet is to contact garbage disposal professionals and just replace the disposal.

Garbage disposals aren’t supposed to leak not even a little, don’t mind those “experts” who say that small leaks are normal, it isn’t! The most common leak is from the drain connections, check them first. If you see that leak is coming from the drain pipe, you can replace the rubber gasket. Mostly the leaks appear in the new installations, you should check the ring near the sink flange and make sure that it is tight. Spare seals between the sink and the disposal are available, but if the leak is coming from the body of the disposal, you’re going to have to replace the garbage disposal.

Garbage disposal isn’t intended for solid objects and when a solid object like piece of metal, glass, bone, or other object enter the disposal it can cause quite a racket when you turn on the unit. If it doesn’t jam the unit, it may work its own way through the drain system. That is the most common reason for strange noise and you don’t have to worry about that. 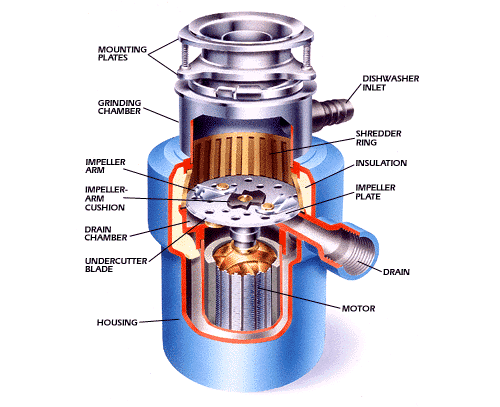 Other reasons are far more serious and you should try to identify the reason as soon as possible. Reasons for strange noise are usually loose mounting screws, worn bearings, broken flyweights, or the lugs or blades are worn out. Tighten mounting screws if they have become loose and check the condition of the bearing. The vibrations of the unit could cause the screws to become loose, or the seals may leak water into the motor and bearings. The water washes away the bearing grease away and the bearing wears out much quicker. If you have that problem, simply replace the seal and the bearing, tighten the screws and your disposal is good as new.

The broken flyweights are much bigger problem and they’re much harder to replace. Some cheaper models don’t even have the option for replacing flyweights. You must keep in mind that lugs or blades do wear over time and work less and less efficiently.