Why a Colorado Roofing Company Uses Drones for Damage Detection

Drones are showing an increase in usage by roofing contractors and insurance adjusters in Colorado.  In the past, they were only used to take aerial pictures of projects for social media purposes.  In recent years there have been great advances in A.I. drone software, which is helping roofing companies in Colorado determine physical damage to the roof of your home.  This article will take a quick look at those advancements, and address why you may or may not want to have your next contractor use a drone during your inspection. 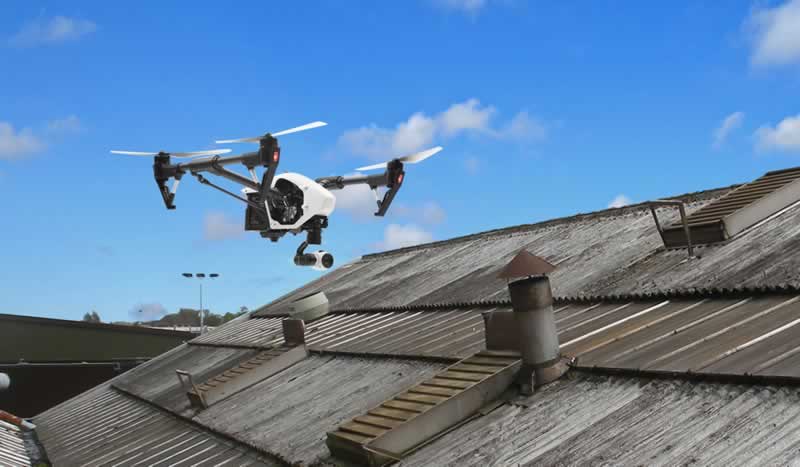 As mentioned earlier, in the past drones were only used for taking pictures and were occasionally used to evaluate inaccessible areas of your home.  The expense of the drones was prohibitive, and the difficulty of use made them unappealing to roofers.  Additionally, the video quality was subpar and although damage detection software was available, it was never incredibly accurate.

Over the past couple of years, all of that has changed.  There was a race by drone software companies to be the first to create A.I. technology that could accurately detect hail damage on roofs.  Aspen Leaf Roofing has partnered with the midsized company out of Utah that won the race.  Not only did they create technology that is accurate at detection, but they have also employed deep learning artificial intelligence which is constantly improving the accuracy of drone inspections.

Some have argued that drones tend to glance over or miss damage and are inaccurate compared to a physical inspection.  The facts could not be further from the truth.  The reality is that the drones see everything.  They do not miss damage.  If anything, the drones pick up too many pot marks and other blemishes that look like hail but are not.

It is important to note that after a drone inspection, a qualified roofer still needs to check the drone detected damage for accuracy and legitimacy.  Again, the drone sees everything, so it is going to show most indentations as hail, which may not be the case.


This does point out one of the best features of the drone, its thoroughness.   This is a good thing as most insurance carriers require a certain number of hail hits on a roof to approve a full replacement claim.  It is always better to have too much feedback, compared to not enough, and the drones are superior in this regard compared to a physical inspection alone.

Besides the overall thoroughness of the drone inspection, the other nice aspect is how fast it works.  A drone can scan your roof, detect damage, and produce measurements quicker than a traditional manual inspection.  Most drone inspections can be completed in 15-20 minutes.  This enhances the customer experience and is great for busier roofing companies like ours. 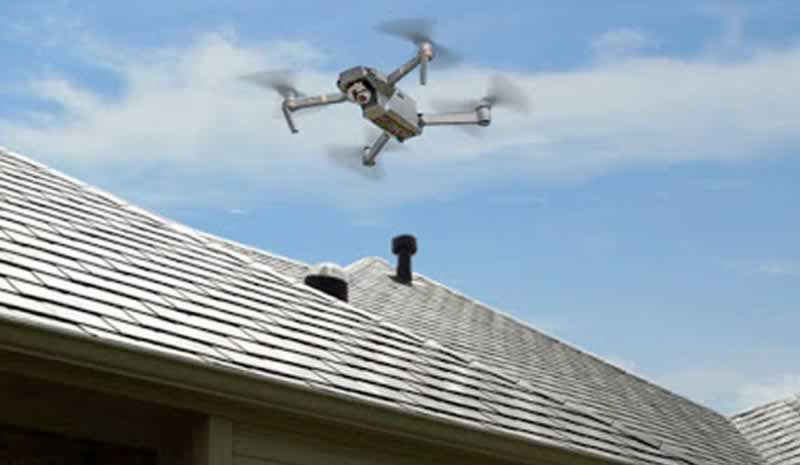 In our opinion, the positives of utilizing drone inspections make a lot of sense.  They are accurate, fast, and keep the contractors much safer by limiting the time spent on the roof.  Many of the larger insurance carriers are in the process of testing the exact same technology that we use for their own claims process.

We stated earlier that we would express some of the cons associated with the drone inspections as well, but the reality is that the only real negative is the cost.  The tools required to conduct drone inspections are awfully expensive.  To be accurate for roofing contractors, the drones need to take clear, transparent pictures.  Taking quality pictures requires expensive cameras, which are mounted to equally expensive drones.  Additionally, the A.I. software is also extremely expensive, costing tens of thousands of dollars annually for a subscription. However, this is an issue for the contractor, and not necessarily for the homeowner.

Aspen Leaf Roofing considers itself to be the most forward-thinking Colorado roofing company in the market and the cost of the drones is justified for our business model.  The system we employ for roofing inspections provides us a distinct advantage over our competition.  In our opinion, drones are a necessary component for damage detection and for a positive homeowner’s insurance claim experience. The next time you encounter a hailstorm and call a contractor for a roof inspection, you may want to ask if they use drone technology for damage detection.  Not only is it faster and more accurate than the traditional methods, but it is fun to watch the drone in action and will provide some neat pictures of your home!