Caesarstone vs Quartz: Is There A Difference?

One of the most famous materials for kitchen and bathroom countertops is quartz. This material is majorly popular due to its astonishing appearance and various benefits. Moreover, it is easy to take care of this material as it does not require any major upkeep. That’s why homeowners have loved  including them into their kitchens and bathrooms. 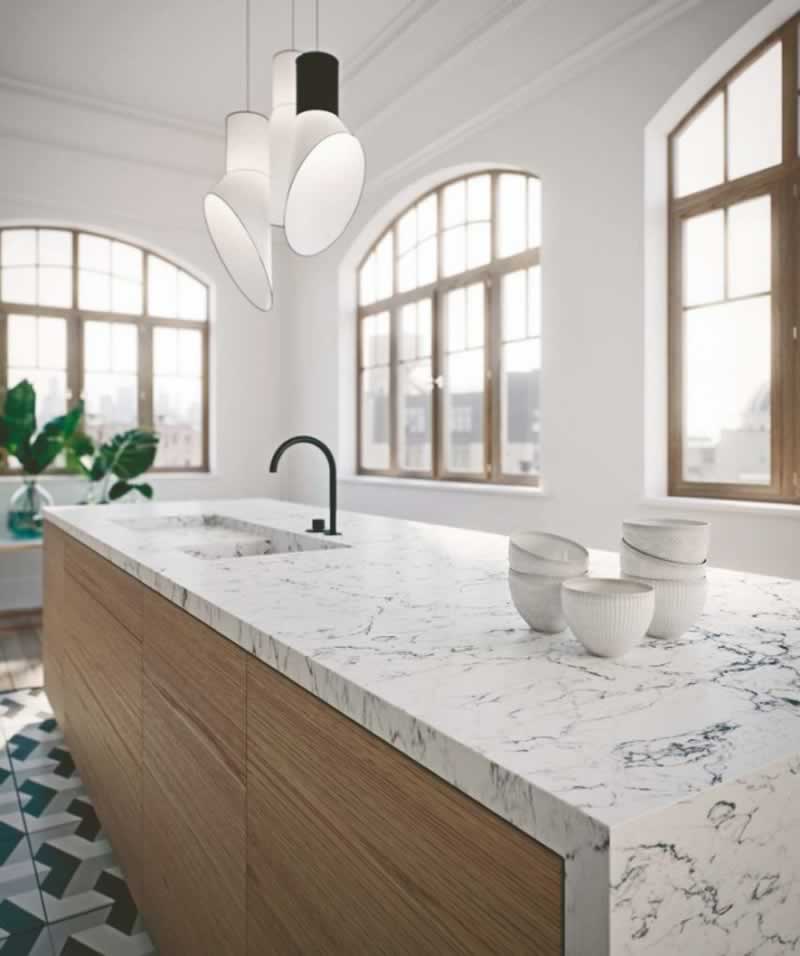 There are two popular choices amongst the homeowners, the first is traditional quartz and the second one is high-quality Caesarstone quartz. Those who used to think that both are the exact same thing will get a better understanding through this article to differentiate between them. Let’s first understand what quartz is and then further on this article will explore the difference between Caesarstone vs quartz. For ideas on how you can use high-quality Caesarstone quartz in your bathroom feel free to check out the following link: https://www.caesarstone.ca/blog/bathroom-countertops-for-the-modern-bathroom/

One of the most abundant materials found on planet earth, quartz is a natural stone. If one looks closely at its chemical structure, one will find that it is made from two parts oxygen and one part silicon. There are numerous varieties of quartz that you will find in the market, like semi-precious stones called amethysts and several others like rose quartz, jasper, onyx, tiger’s eyes, etc. There are many benefits of using quartz in a residential kitchen, bathroom, etc.

First of all, it is durable and undeniably hard. The second beneficial characteristic about this stone is that it does not react to foreign materials easily. Third, it is heat resistant, so one does not have to think twice while placing any hot container on it. Fourth, homeowners that want to upgrade the look of their kitchen can opt for different colours available in it. Finally, quartz is so versatile that one can easily make jewelry, watches, glasses, clocks, etc., out of it. Quartz has numerous benefits that make this stone worth every single penny. But when talking about kitchen countertops and bathroom countertops, people prefer to use Caesarstone’s engineered quartz. Let’s see why:

Caesarstone is a popular brand, dealing in engineered quartz stones since 1987. The company has been a leader in the engineered quartz industry ever since it entered the market several decades ago. Additionally, Caesarstone quartz uses 93 percent quartz mineral and 7 percent polyresin. With Caesarstone, you can find a variety of styles and colours of quartz countertops that look exactly like natural stone. These countertops look absolutely amazing and also highlight a bathroom or dining area. 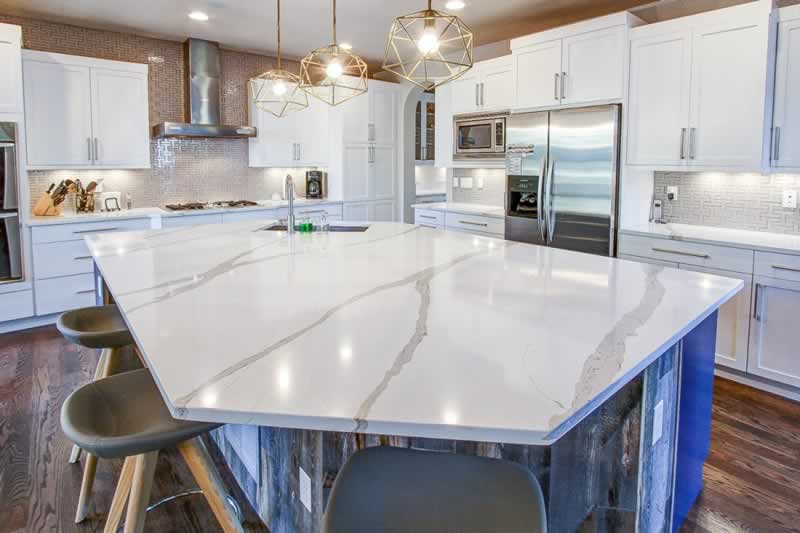 The first point of difference between Caesarstone vs quartz is all about their appearance. When a homeowner is deciding on purchasing a material for their countertop, they will most likely choose one that will not just look good, but also enhance their kitchen’s appearance. On the other hand, if a person is looking for a countertop material that resembles natural stone, Caesarstone quartz is among the best options that you can go for. Many stone styles are available with Caesarstone, some of which include  Calacatta Nuvo and London Grey. But if natural stone is something that one truly desires to use, then quartz is hands down the best material. It is a natural stone, so obviously, it will give a more definitive and unbeatable look. The only issue that one might face with quartz is that it is harder to find a variety of designs and patterns in quartz than with its contemporary Caesarstone, where you will find many options to go with.

Caesarstone quartz is an engineered stone, it is easy to structure, and one can build it up in various colours, shapes, and patterns. Thus, making it a versatile stone. At the same time, one will not find these qualities in its counterpart quartz.

All of Caesarstone’s countertops are made with  homeowners and business owners in mind. One of the things that they consider is how messy the situation can get in a kitchen or bathroom. That’s why their countertops possess qualities like water resistance. Yes, Caesarstone quartz is nonporous, which means water cannot penetrate it. This also means that there is no chance of microbes or other bacteria growing on it, making it safe to use in the kitchen. Due to this quality, one does not have to worry about providing it with any intensive care. When it comes to quartz, a person has to put a little effort into taking care of this stone. It is a porous surface. Thus, there is always a risk of liquids penetrating it. So, in this Caesarstone vs quartz battle, Caesarstone again wins.

It is quite obvious that natural stones are on an expensive end than engineered stones because they are extracted from earth, which makes them rare. With different colours and design patterns, the range of quartz goes up. The price of traditional quartz ranges from $65 per sq. ft. and goes upto $130 per sq. ft. Caesarstone quartz price ranges from $49 to $105 per sq. ft. This makes Caesarstone a more budget-friendly option than traditional quartz.

Choosing between Caesarstone and traditional quartz is difficult as both have their pros and cons. Some prefer pure quartz due to its beautiful, natural appearance. On the other hand, others would recommend Caesarstone products over traditional quartz. So, if a homeowner has to choose between these two options, they should go through the above points and make a more appropriate decision before investing in one.