Can’t decide between gas-powered weed eaters and electric ones? Ultimately, the choice depends on a user’s level of aversion to noise. The gas option’s internal combustion engine has a habit of spewing shrill, loud whines that can be too much for most users to handle. It may have the edge in power, but you usually won’t need too much of that to clear a lawn of pesky vegetation. 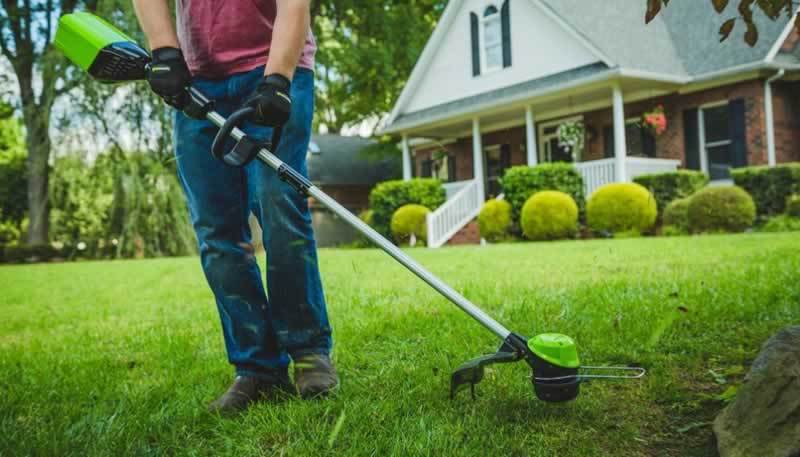 That said, if you couldn’t care less whether or not your weed trimmer causes a racket, both machines have pros you might find worthy of weighing in on.

What does the electric weed eater have that makes users favor it over its gas-powered counterpart? Today, we’ll give a breakdown of these advantages so that you’ll know if a gas- or electric-powered device is suitable for your needs.

Compared with a gas-powered string trimmer, an electric weed wacker barely requires any maintenance. In a gas string trimmer, you need to have prior knowledge and experience with the tool to work it safely and accordingly. A bit of gas mixing is also necessary before starting the trimmer.

As if those alone don’t already add considerable time on top of your project, there are loads of other care and maintenance applications to follow, as well. Among these is keeping an eye on the machine’s air filters and spark plugs. You’ll want to make sure both are in excellent working order. Otherwise, you’ll have a poorly performing device on your hands. Electric trimmers render the above challenges inconsequential with their battery-powered design. There’s not a chance for their air filters to clog, and gas filling, refilling, or emptying of any kind won’t stand in your way. Moreover, these items typically have a slim design for easy storage.

We’ve talked previously about noise being the deciding factor between these two machines. If it is, you won’t even need to read the rest of the article. Electric trimmers stand out for their low-sound operation, an exact contrast to the utter pandemonium that comes out of their gas-powered cousin’s engine. They are not silent by any means, but they are far less unpleasant to the ears.

Unlike a gas-powered weed wacker, you can likely put an electric unit to use immediately after reading the instructions. It’s far more user-friendly and holds practical features that you can start and stop with either a press of a button or turn of a knob. You’ll also discover that most of its working parts are easily manageable, making it an excellent option for elderly users. 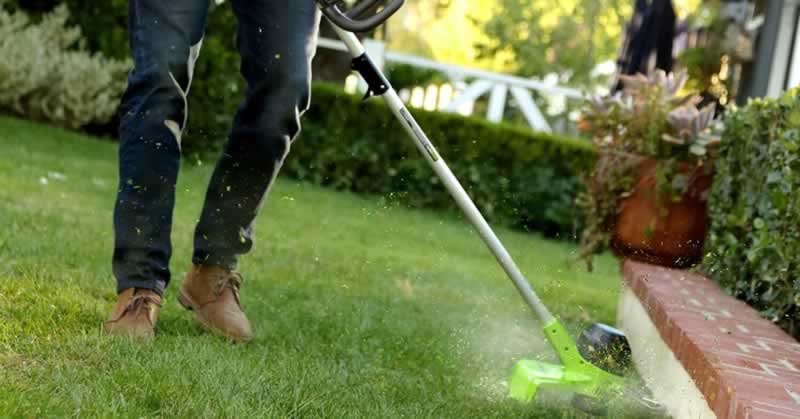 While it may seem that the electric weed eater has the gas option beat, you should find the following gas-typical features worthy of consideration if noise doesn’t bother you in the least.

A weed eater’s portability is relative to the models you’re looking to purchase, as some of these could rely on power cords. That said, all types of gas trimmers are portable, allowing users to carry them around their properties without experiencing the limitations of cables and cords. Electric models should afford you the same advantage, but this is likely to come with a set of cons absent in a gas option. The reason? You might need to invest in a battery-powered cordless trimmer to experience the same convenience. As you can imagine, this is not only more expensive but could require recharging every 30 minutes.

The most obvious advantage that gas trimmers have over electric units is power. What does more power mean? Well, it means your trimmer is capable of tackling large-scale commercial landscaping jobs. While trimmers that run on a lithium-ion battery should give their gas counterparts a run for their money, they remain the exception in this power comparison and not the rule. Then again, power is the basic rule by which all gas trimmers operate around. In fact, you could easily find models that give off no less than 12,000 RPM. A high-powered electric trimmer doesn’t typically exceed 6,500 RPM, making for quite the disparity in power.

As much as electric weed wacker availability has improved over the years, it still doesn’t come close to the near omnipresence of gas units in hardware shops. No matter the type you’re looking for, you’re bound to find it in the nearest hardware store. Accessibility can be a critical consideration when shopping for these tools, as it takes away from the hassle that comes with the task at hand.

So, Are Gas Weed Eaters Better Than Electric Ones?

If you can’t stand the noise and are not engaging in commercial-level landscaping, the opposite is actually true. Electric string trimmers are easier to learn and apply. Plus, their low-noise operation can make polishing your turf much less stressful.

However, this isn’t to say electric options win over gas weed wackers all the time. Barring noise loathing, the nature of your trimming task and the area you have to work on will determine whether a gas or electric weed eater is the right choice.